Turkish man awarded $400,000 in damages after being hit by falling minaret 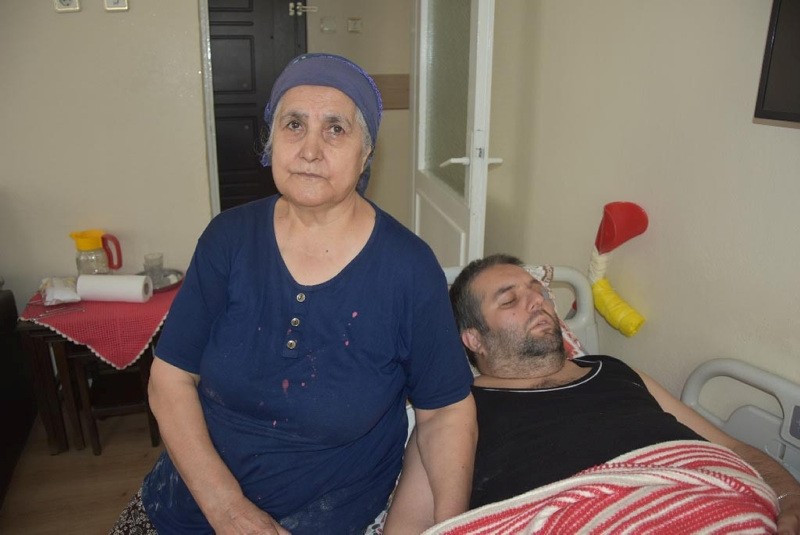 A 37-year-old Turkish man who got hit by the falling minaret of Yeşilyurt Ulu Mosque 15 years ago on his way out of the Friday prayers and ended up severely brain damaged has been awarded 1.858,000 Turkish liras (about $400,000) in damages.

Özgür Şen, who was a university student at the time in Istanbul, had gone to Izmir in February 2003 to visit his family when the tragic accident happened. Özgür and his father İbrahim were heading out of the mosque when the minaret finial collapsed onto Özgür. Özgür was immediately transferred to the Izmir Katip Çelebi University Atatürk Training and Research Hospital where doctors said he had a low chance of survival. After a series of operations in various hospitals, a part of Özgür's skull was removed. He suffered great damage mentally, and although he survived, he lost his ability to speak. Özgür can now reportedly only mutter the word 'Allah.'

Although the family filed a criminal complaint after the incident, the prosecutor's office dismissed all charges based on an expert's report stating that there was a storm that day and hence what had happened was the result of "a natural disaster."

Upon objection in January 2005, the Karşıyaka 1st Heavy Penal Court overturned the decision of non-prosecution and a criminal suit was opened in the Izmir 7th Criminal Court of First Instance. Şekket Say, the president of Yeşilyurt Ulu Mosque Building and Maintenance Association, Ali Bulut from the Izmir mufti's office, Fikret Taş and Şemsettin Yazırlı were acquitted.

Within this period, Özgür's father Ibrahim filed a compensation case on behalf of his son. In November 2016, the Izmir 7th Court of First Instance ruled for a TL 1.8 million compensation to be paid to the Şen family by the Yeşilyurt Mosque association. Soon after, the association applied to the supreme court to appeal the ruling. If the supreme court approves the Izmir court's ruling, it is estimated that the compensation to be paid to Özgür Şen and his family will amount to 5 million TL with legal interest.

Currently, the only income Özgür has is from the government's benefits program for the disabled, which he qualified for after the Izmir Forensic Medicine Institute confirmed he had a 100 percent loss of amenity and congenial employment following the accident. His mother and eldest brother are his caretakers for the time being.