Use of anti-smoking detectors expands in Turkey 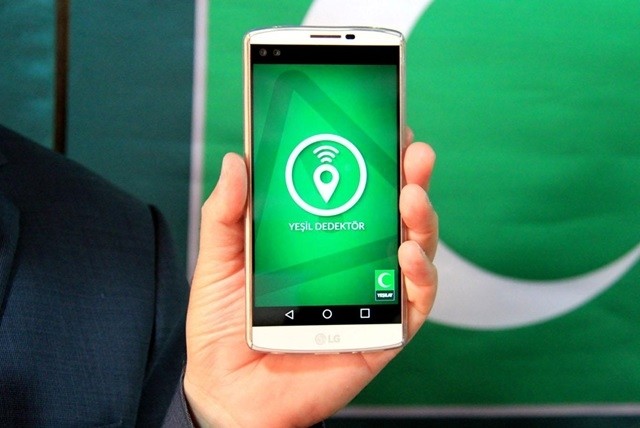 The head of the Green Crescent, which focuses on combating tobacco and alcohol addiction, said the Green Detector application they developed allowed concerned citizens to notify relevant authorities about the use of cigarettes at banned locations.

Şavaş Yılmaz said they viewed smoking as the most dangerous addiction to chemicals. "In the past year, 100,000 people died due to diseases linked to smoking," he said, adding that the figure for the world was closer to six million.

"I came out and said something cost 100,000 lives a year; whether it be terrorism, natural disaster an accident, there would be a huge reaction. However, when it comes to cigarettes, we just ignore it."

He also said smoking was seen as a gateway drug. "Addiction usually starts with smoking, before progressing to alcoholism and hard drugs."

He said Turkey made significant progress in cutting down smoking until 2012, after which there had been some retreat. The cause of the retreat was the failure to properly implement bans on smoking in enclosed spaces. "If there is any failure in the implementation of the law, regression begins."

Due to serious law enforcement activities, the decreasing smoking trend resumed among those between 15 and 24 years of age since 2016, he said.

The Green Detector, or Yeşil Dedektör in Turkish, allows users to alert authorities about violations of the smoking ban in restaurants, cafes and even bus stops. Yılmaz said between a quarter and 30 percent of the tips to the Health Ministry came from the application, which can be used everywhere in the nation. He said relevant authorities needed to take immediate action for an effective anti-smoking strategy. Cafes and restaurants that are repeat offenders can be shut down.

So far, around 150,000 people have downloaded the application.