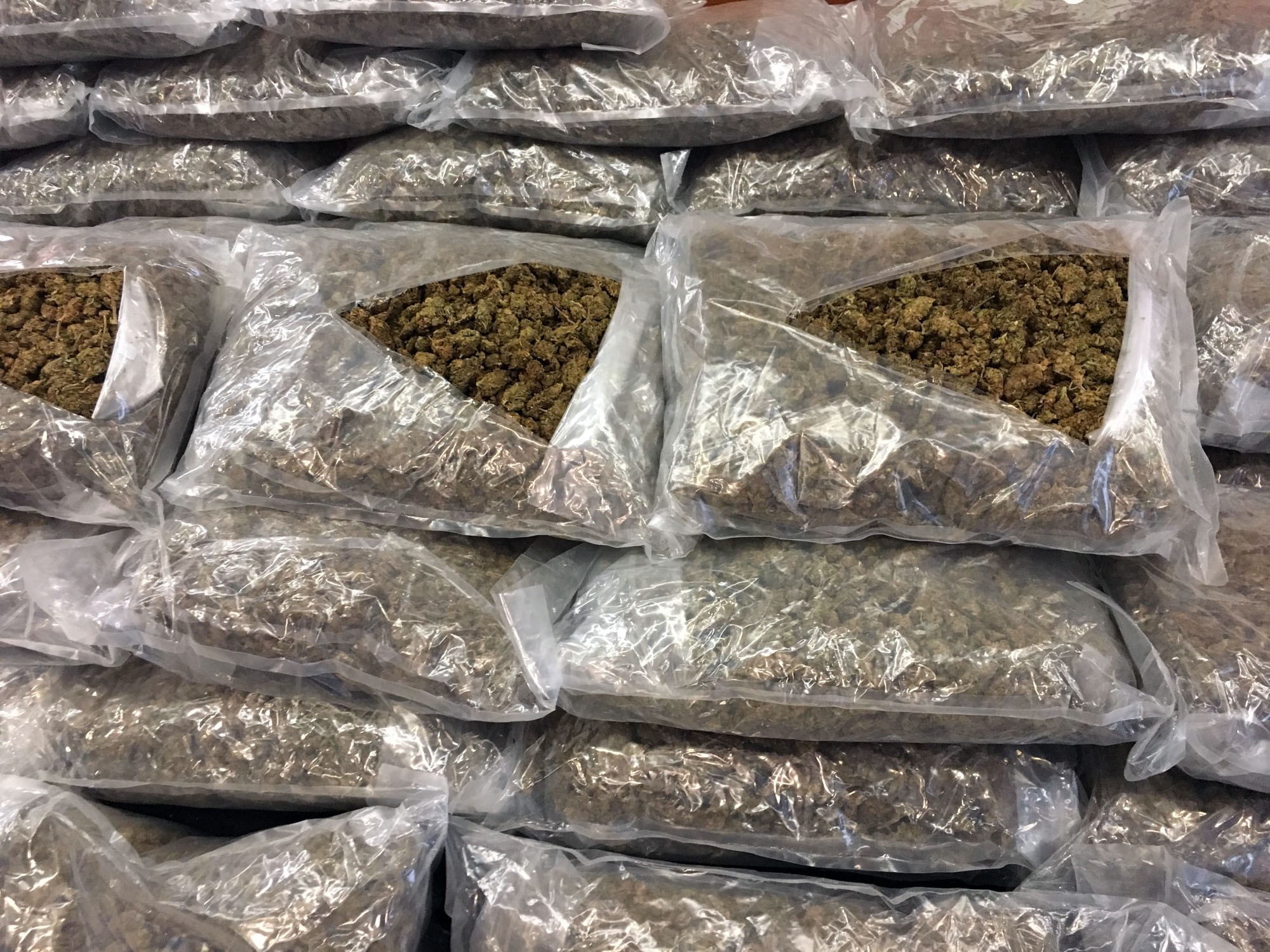 Packages of skunk seized in an operation against drug dealers on display at the police headquarters in Istanbul.
by Emir Somer
May 23, 2018 12:00 am

The use of bonzai, a notorious synthetic drug popular among adolescents and young adults is on the decline. However, skunk, a genetically-modified strain of cannabis, has taken over and Turkish police are stepping up operations against its dealers and drug rings

Turkey is battling in a new front in its war against drugs. Skunk, a genetically modified or hybrid strain of cannabis, use is spreading among drug users in the country long after its popularity peaked in the world. Named for its strong smell, this new drug has been gradually replacing bonzai, a readily available synthetic drug that has long been popular especially among youngsters over the past five years.

Counter-narcotics police stepped up their crackdown on drug dealers and the rings supplying them amid the country's mobilization campaign against all types of illegal substances. Bonzai use has declined some 80 percent but skunk, marketed as "organic" by peddlers, is viewed as an effective replacement. Nationwide data is not available, but in Istanbul, the country's most populated city, police seized more than 3.9 tons of skunk in the past 17 months and arrested 114 dealers.

Bonzai is comprised of more than 50 relatively cheap chemical components, including rat poison and pesticide, making it a popular, inexpensive option for those with little money. The effects of the drug, which pushes many into a catatonic state if consumed in excess, are etched in the public's mind with images and videos of people acting like zombies splashed across the front pages of newspapers. Experts warn skunk does not directly lead to such cases but that it is a potent drug that can trigger schizophrenia and a range of mental illnesses.

Skunk was first confiscated by authorities in counter-narcotics operations a few years ago and recently made headlines again after the capture of an Albanian drug lord and raids on two luxury boats used to smuggle the drug. Met Kanani, or Met the Albanian, was captured with fellow Albanian gang members last March while overseeing a shipment of 1.1 tons of skunk from Muğla to Istanbul. The gang had been smuggling drugs into the Mediterranean city of Muğla from Albania by sea, authorities say. Albania is one of the primary home bases for skunk smuggling rings working in Turkey, though drugs from other European countries have also made their way to Turkey via Albania.

The drug is far more harmful than standard cannabis, experts say. Its source is disputed, though it is believed to have been developed in the United States before it was brought to the Netherlands, the weed capital of Europe. Like cannabis, it can be grown indoors with special lighting and temperature-controlled rooms.

Associate professor Onur Noyan, a psychiatry expert specializing in drug addictions, says skunk and similar drugs are being marketed as "safer" options compared to other drugs. "It doesn't matter they are organic or synthetic as they say. It's detrimental to your health in the end. Skunk is a drug. It boosts one's chances of suffering from schizophrenia; it facilitates its development in a person. Within five or six months of addiction, users show symptoms of schizophrenia; later needing dual treatment for both their addiction and their deteriorated mental health," he said.

As a transit country for drug smugglers working between Asia and Europe, Turkey is looking to curb domestic drug use. In 2014, the government launched "The Rapid Action Plan against Drugs" to counter drug abuse and smuggling. The action plan covers all aspects of the struggle against narcotics abused by about 2.7 percent of the population, from raising awareness of their dangers and curbing demand to rehabilitation and treatment of addicts and facilitating social inclusion. It also paved the way for the establishment of "narco teams," specialized police units active in neighborhoods where drug sales are concentrated.