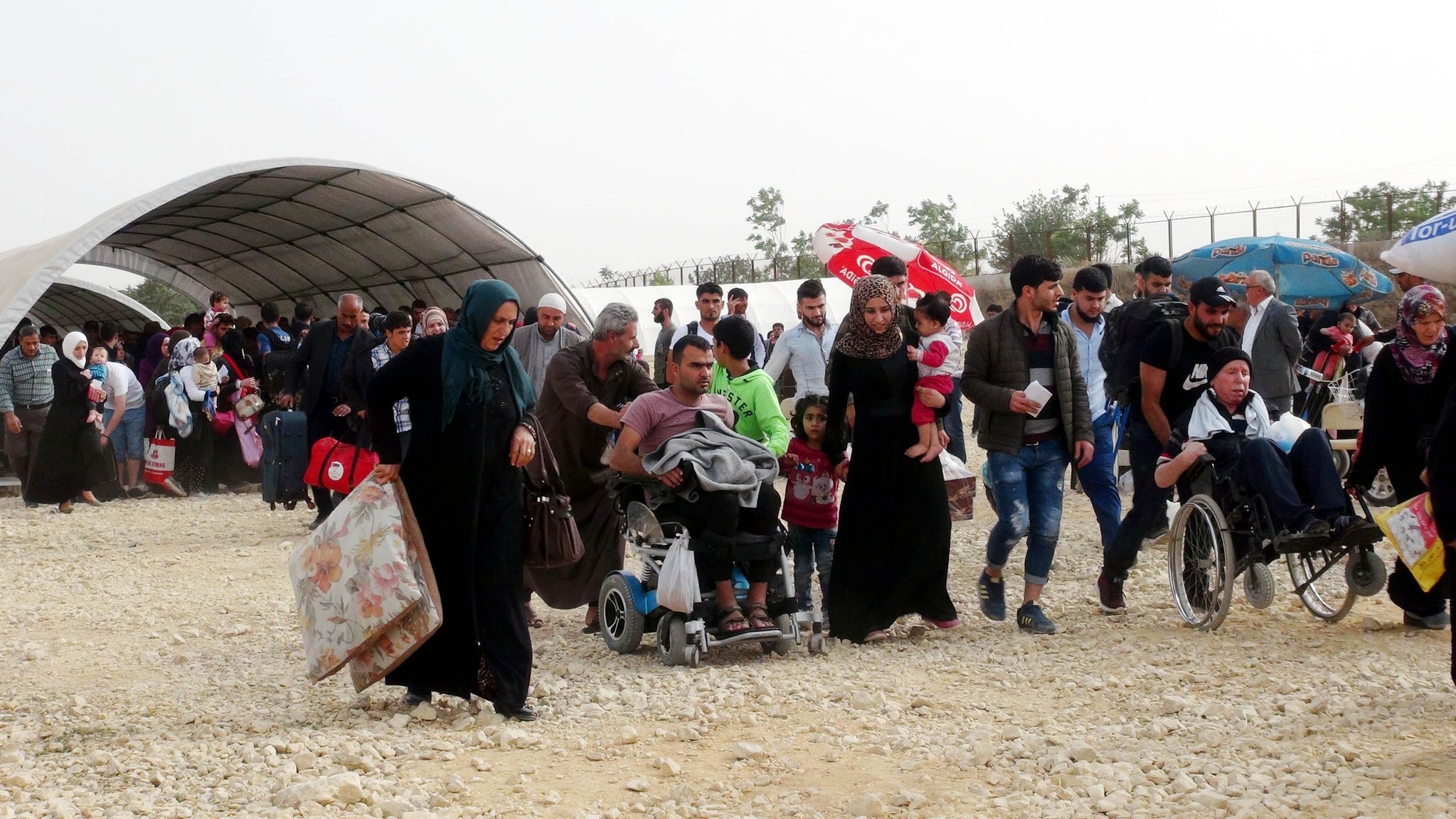 The holiday of Eid al-Fitr, coupled with a sense of peace in their hometowns liberated from terrorism with Turkish assistance, has led 15,000 Syrian refugees to return home in one week, as Turkey opens border crossings for the purposes of temporary leave

With safety relatively restored back home, refugees from war-torn Syria eye returning home from Turkey. The upcoming Muslim holiday is an opportunity for them to see whether they can settle back permanently in their homeland. In one week, 15,000 people among 74,000 registered for return, crossed the border into Syria. Almost all head to areas liberated from terrorists with two operations of Syrian forces backed by the Turkish army.

Men and women hauling bulging luggage, fathers and mothers clutching the hands of their young children - some who will see their grandparents and relatives for the first time in their lives - were among those amassed at Öncüpınar border crossing yesterday. Öncüpınar is one of two crossings opened for the Eid al-Fitr holiday that will be observed on June 15. The holiday, which marks the end of the Muslim fasting month of Ramadan, is traditionally an occasion for family reunions.

Abdelhalem Zazo took shelter in Turkey four years ago at the height of the conflict. His three daughters and three grandchildren he never saw before still live in Syria. "I am very happy because I will see them and others I haven't seen, my parents and my brothers," he says enthusiastically to Anadolu Agency (AA). Rami Sultan will not see his father this time. In Turkey since 2014, Sultan lost his father last year but was unable to attend his funeral because of the war. "It is rather sad that you can't even visit his grave. I feel sorry for this but feel happy to be able to return home," he says. Fatma Kahraman is looking forward to see her children and grandchildren and says she does not plan on coming back to Turkey.

Most people board buses to the towns and cities of Azez, Mare, Soran, Afrin, Jarablus and al-Bab. Jarablus and Afrin were liberated from the terrorist groups Daesh and the People's Protection Units (YPG), respectively, through operations by Free Syrian Army (FSA). Backed by the Turkish army, they managed to take back northern Syrian regions from the two terrorist groups in 2016 and this year.

Syrians will be allowed to return to Turkey starting from June 26 and the crossings will be closed again on July 6. Since the start of the Syrian crisis in 2011, Turkey has been at the forefront of helping Syrian refugees. It has spent some $30 billion for their care in modern camps and aid for those living outside the camps. Although it pursues an open-door policy for refugees, the country is also concerned about the increasing burden of caring for the refugees with no end in sight to the conflict. Ankara is among the proponents of the idea of setting up safe zones within Syria both for those internally displaced as well as refugees in other countries. The Öncüpınar border crossing has seen the return of some 60,000 Syrian refugees since 2015 but returns rose significantly after the Turkish-backed operations. Overall, more than 160,000 Syrian refugees have returned home through the border crossings.