Turks opt for opera and ballet over classical concerts 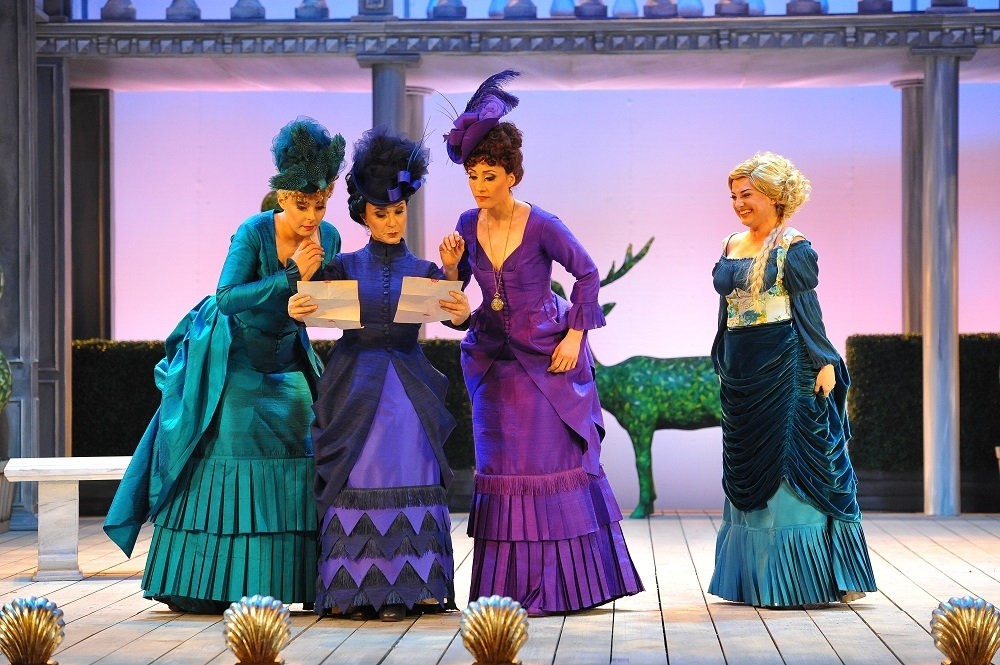 A scene from Giuseppe Verdiu2019s Falstaff performed by State Opera and Ballet Company of Istanbul on April 7.
by Daily Sabah Jun 02, 2018 12:00 am

The latest figures by the Turkish Statistical Agency (TurkStat) revealed that although the number of opera and ballet audiences increased, the audience for orchestra and choir performances has significantly dropped. In the 2016-17 season, the audience for operas and ballet performances showed a 3.1 percent increase and rose to 281,069 people, while orchestra and choirs saw a 11.3 percent decline in their audience, to 411,060.

Figures also looked into the rate of female performers in opera and ballets. Women made up 44.7 percent of performers this season, statistics showed.

In a bid to make opera and ballet more popular among the wider public, the Turkish government launched an ambitious project to build Europe's largest opera house in Istanbul.

The Atatürk Culture Center, a dilapidated building overlooking Taksim Square at the heart of the city, is being remodeled as a multi-purpose opera and ballet hall. The building was completely demolished this month and the construction of the new center is expected to be wrapped up in 2019.