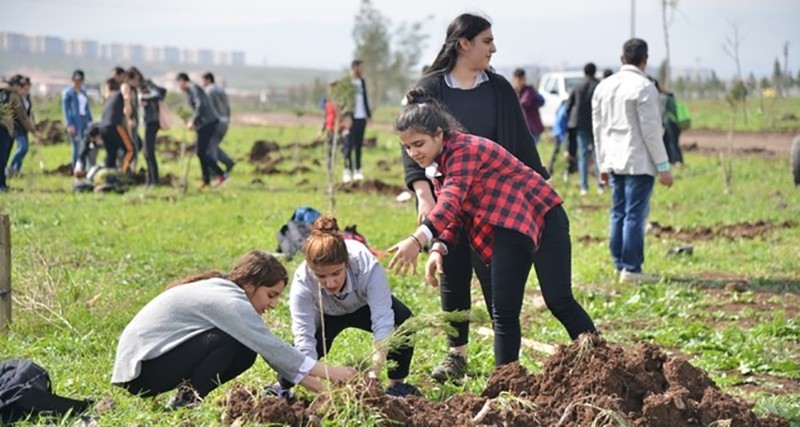 Turkey's total environmental taxation was determined as TL 88.7 billion ($29.6 billion), with 65.3 percent in energy taxes, 33.5 percent in transportation taxes and 1.2 percent in source and pollution taxes.

Energy-related emissions made up the largest share with 72.8 percent, followed by industrial operations and product use by 12.6 percent, agricultural activities by 11.4 percent and waste by 3.3 percent.

Carbon dioxide emissions per capita for 2016 were 6.3 tons per person.

A total of 17.3 billion cubic meters of water were withdrawn from water resources in 2016, TurkStat also said.

The report specified that 33.7 percent of this water was used by municipalities, 49.7 percent by thermal power plants, 12.2 percent by manufacturing industry establishments, 2.2 percent by villages, 0.9 by organized industrial zones (OIZ) and 1.3 percent by mining enterprises.

Turkey has boosted environmental efforts in recent years, launching "Let's Build A Greener Turkey Together" campaign in March and encouraging citizens and businesses to recycle and use recycled materials. Turkey managed to recycle more than half of the plastic bottles in the market in 2017, according to the Ministry of Environment and Urban Planning.