Barbers, confectionery makers work around the clock for Bayram 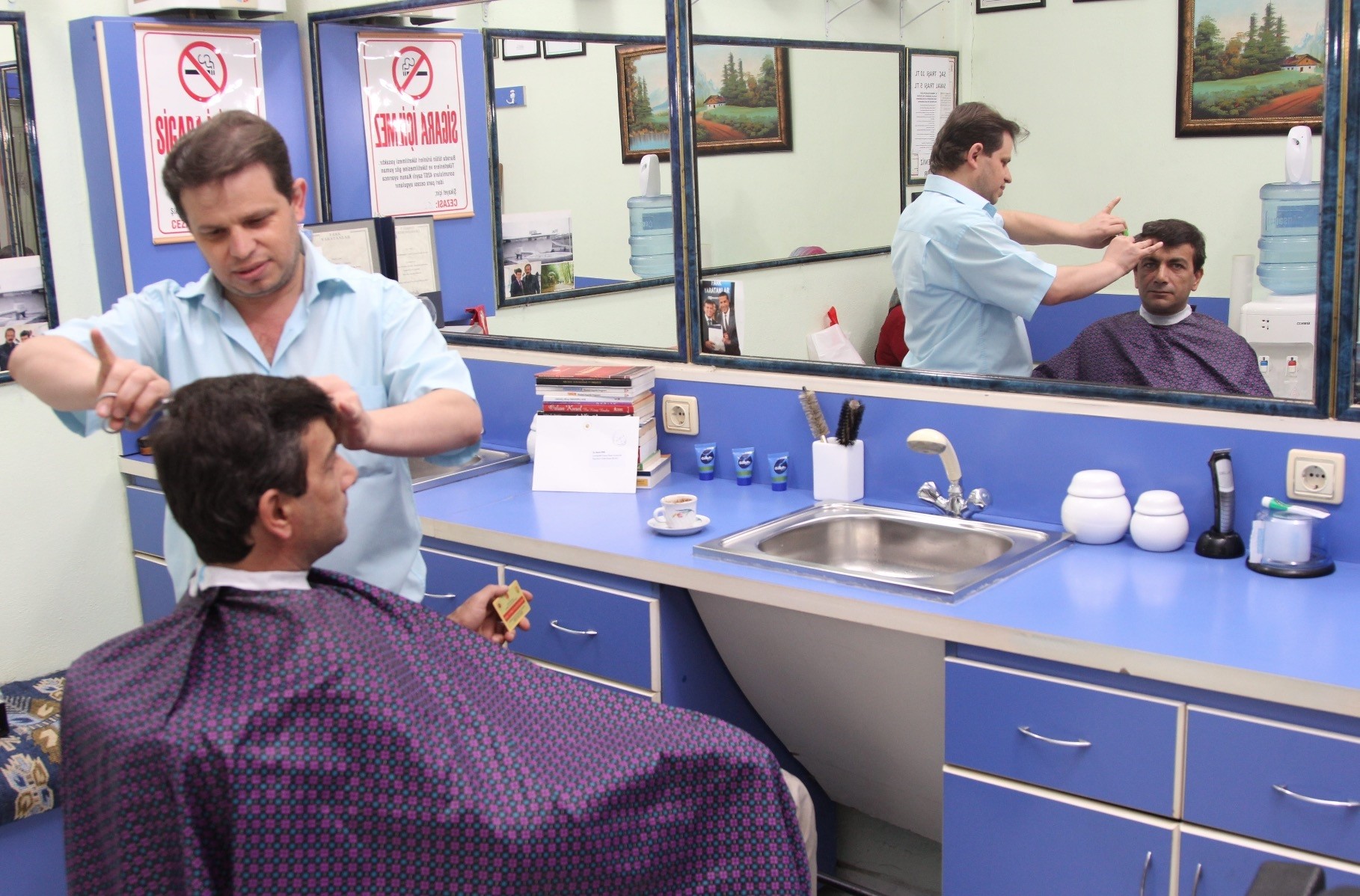 With only days left until the end of the holy month of Ramadan, new excitement is building up among most in Turkey. The Eid al-Fitr, or Ramadan Bayram as it is referred to by Turks, is a three-day religious holiday at the end of the month of fasting and an opportunity to get together with loved ones.

Children and secular people also refer to the holiday as the Sugar Bayram, named after the tradition of handing out candy to children who usually go around the neighborhood and knock on doors, but the more traditional minded frown on the term. Another tradition is to don your best clothes and get a special bayram haircut.

"The tradition of going to the barber days before the bayram is strong. Just before bayram, fathers still take their sons to the barber. They are welcomes at the barber with hot cups of tea, fruit and sweets," he said.

The last five days before Ramadan Bayram is the most hectic, he said, adding: "The panic has already begun. Until the bayram, barbers will remain open until the pre-dawn meal [iftar]. In the last two days before bayram, they'll be open until the dawn prayers."

The owner of Sıtkı Usta, Mehmet Altunhan, told İhlas News Agency that he learned the art of confectionery from his father, who founded the shop in 1968. "I have been doing this job for the past 20 years. We are working in double shifts to complete all the orders."Barbers, confectionery makers working around the clock for Bayram.