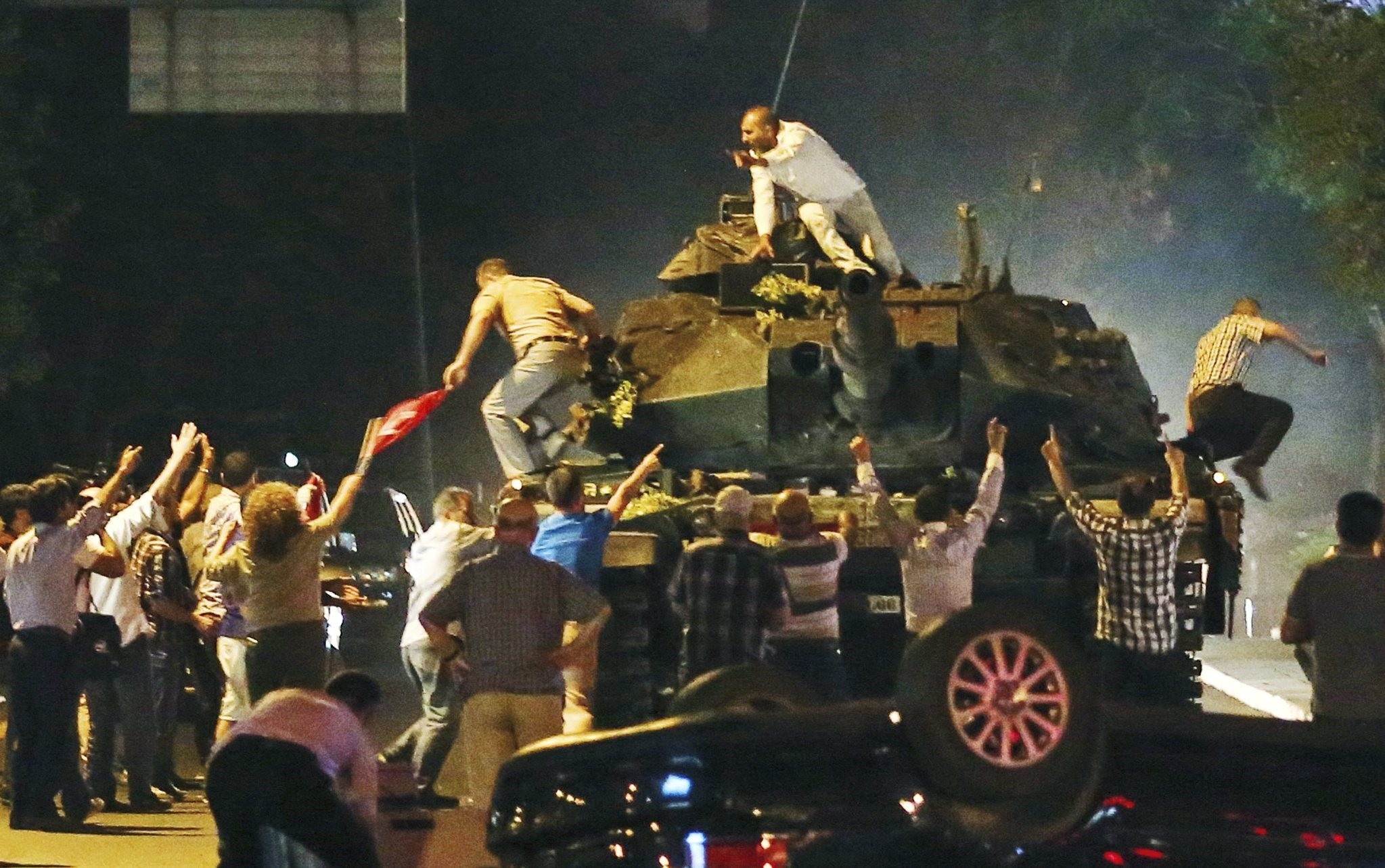 After the June 15, 2016 coup attempt, hundreds and thousands of FETu00d6 members fled abroad, principally to Germany, to escape prosecution. Many coup plotters were allowed to apply for asylum in Germany.
by Daily Sabah Jun 11, 2018 12:00 am

After years of helping and hosting FETÖ members, Germany is belatedly coming to the realization that the terrorist group is a criminal enterprise with nefarious objectives and poses a huge threat to Turkey

The German government is becoming more cautious toward the Gülenist Terror Group (FETÖ), which has been a major stumbling block in relations between Berlin and Ankara. According to a report in the Der Spiegel weekly, Berlin is slowly coming to grips with the tangible threat posed by FETÖ. The article is based on a secret German Foreign Ministry report published in February. In it, FETÖ sympathizers are accused of infiltrating the police department, the judiciary and other key state institutions. This belief is shared by the German Embassy in Ankara, the reports says, adding that FETÖ has a hierarchical structure akin to organized criminal groups.

The report also sites various sources in Germany, including several people who abandoned FETÖ, who described the group as anti-democratic and accused various FETÖ officials in Germany of aiming to indoctrinate young children from an early age.

FETÖ, a criminal enterprise founded by fugitive Fetullah Gülen, has been directly implicated in the December 2013 judicial coup attempt and the July 15, 2016 military coup attempt against the democratically elected government of Turkey. With its media and business arms, the terrorist group created significant public clout, which was augmented by infiltration into state institutions, principally the judiciary, police and military. Many of its most senior members fled abroad on the eve or soon after the coup attempt in 2016.

The coup attempt in 2016 killed 249 and was quelled thanks to strong public resistance. Thousands of people were arrested or detained for their roles in the coup attempt that was plotted by FETÖ's point man controlling the infiltrators in the Turkish Armed Forces (TSK), according to prosecutors.

Coup trials, started in December 2016, continue all across Turkey. Hundreds of officers, including those who attempted to kill Erdoğan, were sentenced to life imprisonment in some concluded trials. Larger trials, including one where more than 400 people are being tried for taking over the military's main headquarters, are expected to wrap up later this year.

Several senior FETÖ leaders are known to have fled to Germany, before and soon after, the 2016 coup attempt. Repeated calls by Turkish officials for their extradition have been rebuffed, which has attracted serious criticism from President Recep Tayyip Erdoğan and other Turkish officials. Among those seeking asylum in Germany are senior diplomatic and military officials.

Since the failed coup attempt in Turkey in the summer of 2016, more than 1,000 diplomats and civil servants along with their families have sought asylum in Germany, according to the Federal Office for Migration and Refugees (BAMF) in Nuremberg.

One fugitive, İlhami Polat, is a former colonel who previously gave interviews to the German media and is wanted by Ankara for organizing the coup attempt at a military school in the capital. He disappeared after the coup attempt was quelled. Prosecutors and eyewitnesses say he was responsible for the takeover of the Land Forces Command Military School and dispatching troops to the office of the Chief of General Staff to take over the military headquarters.

Dating back to the 1960s, FETÖ was the brainchild of Gülen, who served as a primary school educated imam before founding the group, which has always acted as a secretive cult.

In an interview with German weekly Die Zeit last year in July, Ercan Karakoyun, who heads the Foundation for Dialogue and Education, a prominent FETÖ-linked organization operating in Germany, said, "The [Gülen] movement cannot survive in Turkey."

Karakoyun told Die Zeit that the group has a significant presence in Germany, adding that new arrivals "will be as active there as they were in Turkey."

Last February, a Sabah report showed a secret witness' testimony, accusing German intelligence of protecting senior FETÖ members. Celal Kara and Zekeriya Öz, two prominent prosecutors wanted for their links to the terrorist group, are being protected by German intelligence agents, the witness told the authorities. He also produced a photo showing a German agent in Öz and Kara's residence in Germany as evidence.

The secret witness codenamed "Sultan" is an important figure within the terrorist group known for its widespread clout in Turkey. He applied to the Istanbul Chief Prosecutor's Office to testify on Celal Kara, with whom he was in touch with as a fellow member of the group.

Kara, Öz and Mehmet Yüzgeç, another prosecutor linked to the terrorist group, are suspects in an investigation into FETÖ's first coup attempt in December 2013. The probes launched by the three former prosecutors and police chiefs on Dec. 17 and Dec. 25, 2013, under the pretext of corruption, were labeled as judicial coup attempts by the Turkish government, on the basis of the use of illegal wiretapping and falsified evidence.

Öz and Kara, who were also behind several sham trials orchestrated by FETÖ to imprison the terrorist group's critics, are in the German city of Freiburg, according to Turkish media reports. Turkey has issued an international arrest warrant for them.

The three fugitives were named in a 557-page indictment that charges them with an attempt to overthrow the government, running an armed terrorist organization, abuse of duty, forgery in official documents, violation of privacy of communications, illegal wiretapping, defamation, fraud and other charges. Apart from life sentences for attempting to overthrow the government, they may receive prison terms of up to 72 years if convicted.