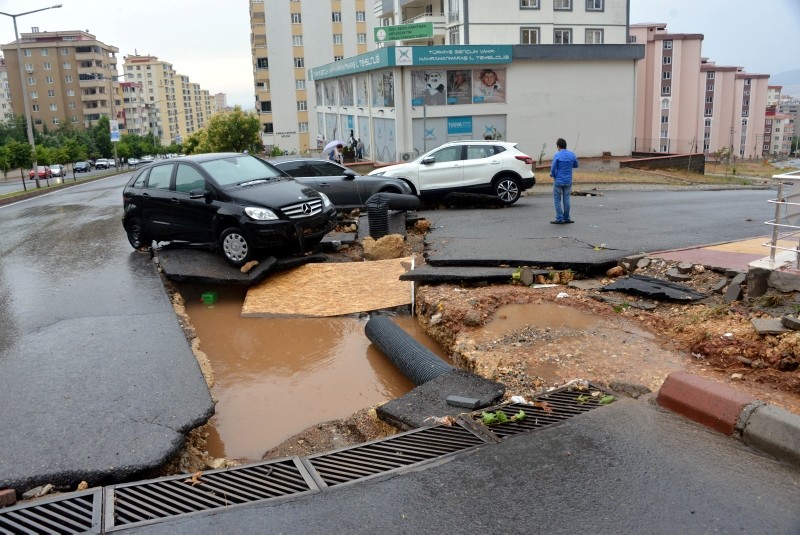 According to local sources, a mother and her two children aged four and ten drowned after flood water engulfed their basement flat in the Onikişubat district of the city.

The freak flood dragged dozens of vehicles from the streets, while dozens of homes and offices were also affected by the water.

The unexpected flood was caused by heavy rainfall, which started Wednesday evening.