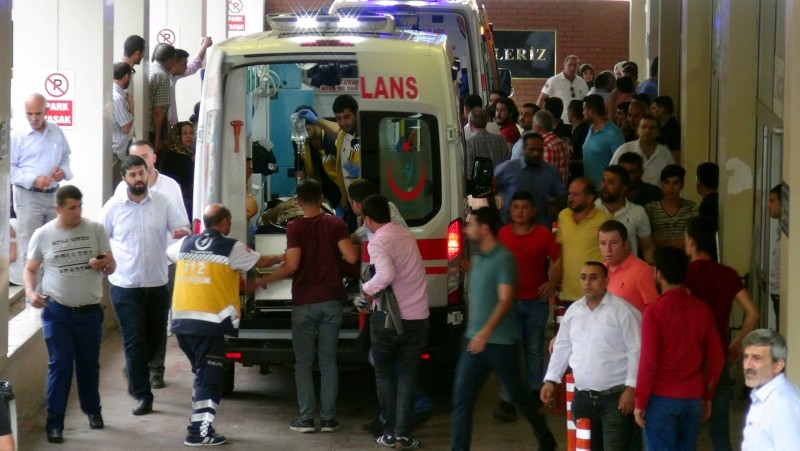 Three people were killed and eight others injured after AK Party campaigners came under armed attack from reportedly a group of PKK sympathizers in the southeastern town of Suruç in Şanlıurfa province.

The Justice and Development Party (AK Party) Deputy Ibrahim Halil Yıldız and the group accompanying him came under armed attack after an argument broke out during the group's visit to small businesses in the town.

Ahmet Yıldız, one of Yıldız's brother was among those killed and four of his brothers were injured, Family and Social Policies Minister Fatma Betül Sayan Kaya confirmed.

A source, who spoke on condition of anonymity due to restrictions on speaking to media, claimed the attackers were members of HDP, Anadolu Agency reported.

President Recep Tayyip Erdoğan said following the attack that Yıldız was killed by PKK supporters and vowed that the perpetrators will be captured by security officials.

Police detained about 10 suspects and brought the situation under control.

"This is a grave event. No matter what the cause is, nothing matters more than human life," Prime Minister Binali Yıldırım said.

Kalın said: "The incident will be investigated and the perpetrators will be brought to justice."