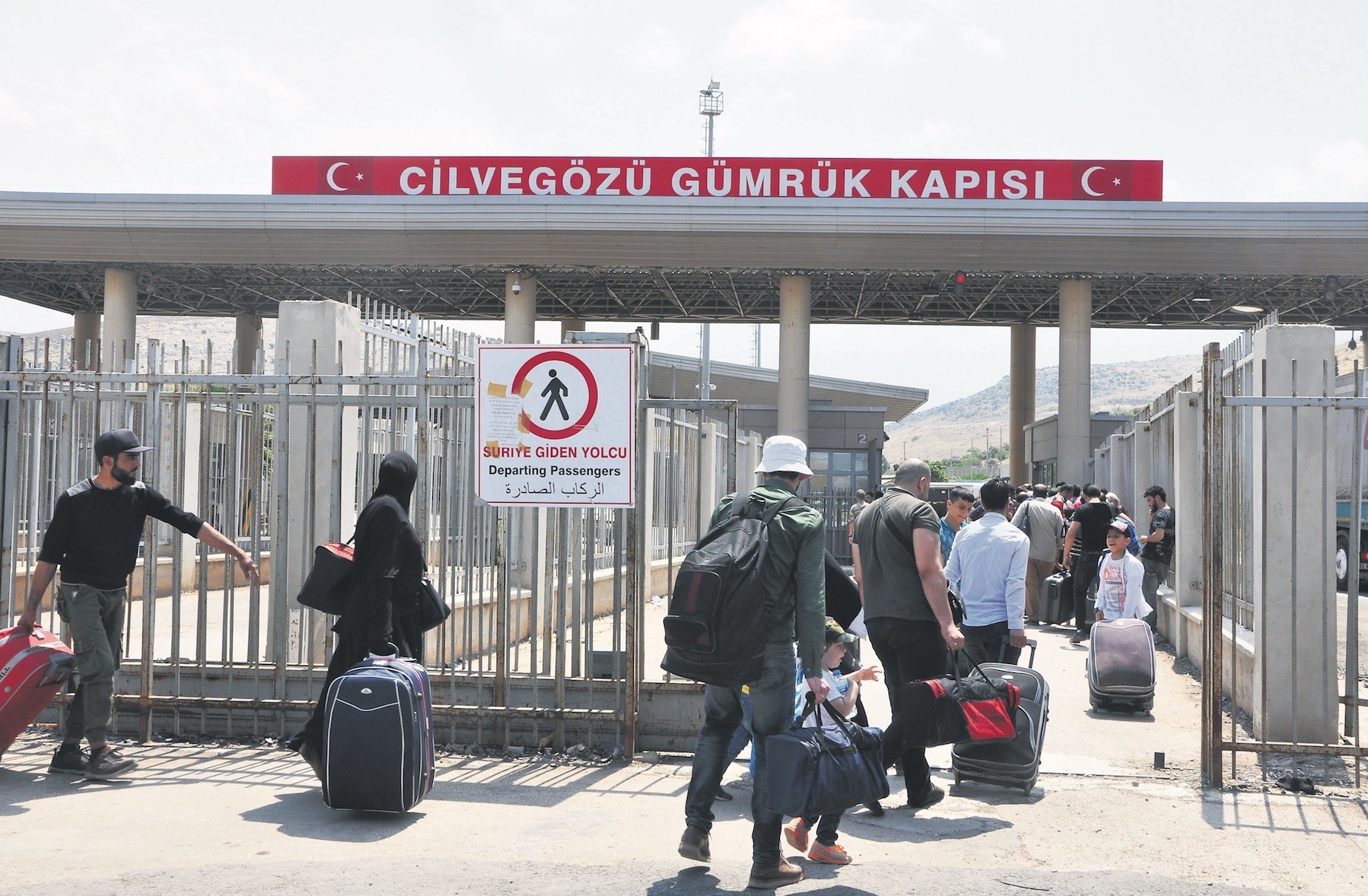 Turkey yesterday closed the border crossings with Syria which were opened in May for Syrian refugees desiring to spend the upcoming Muslim holiday Eid al-Fitr in their war-torn country. Some 83,000 people have traveled to Syria since May 21, when the crossings opened, according to numbers reported by Turkish media outlets. Tens of thousands have already registered with authorities for the return. Eid al-Fitr, which marks the end of the Muslim fasting month of Ramadan, will begin on June 15. The returns, although temporary, mean a rare reunion for many, with their relatives in their homeland devastated by a conflict that started in 2011.

Turkish officials, on the other hand, expect at least some travelers not to return to Turkey which is praised for its hospitality for more than 3 million refugees from Syria. This is partly due to Turkey's efforts to restore peace in Syrian regions neighboring with the country. Aiding the Free Syrian Army to liberate cities and towns controlled by terrorist groups Daesh and the People's Protection Units (YPG), Turkey paved the way for returns. Ankara has always been advocating establishing safe zones in Syria for accommodation of the internally displaced.

Syrians will be allowed to return to Turkey starting from June 26 and the crossings will be closed again on July 6.

Salwa Khalil was among the returnees. She arrived in Turkey in 2014 with her husband who was suffering from cancer when they took shelter in the country. The mother of seven lost her husband only three days after their arrival in Kilis, a southern Turkish city where the population of refugees surpassed the number of locals at times. Khalil stays in a shelter for women and children in the city.

She says it is a bittersweet feeling to be able to return home as she would go without her husband. With her children between the ages of 4 and 13 in tow, Khalil came to Öncüpınar border crossing of Kilis yesterday, awaiting to board the buses to inner Syria. She told Anadolu Agency (AA) that Turkish people always helped her after the loss of her husband and she is grateful.