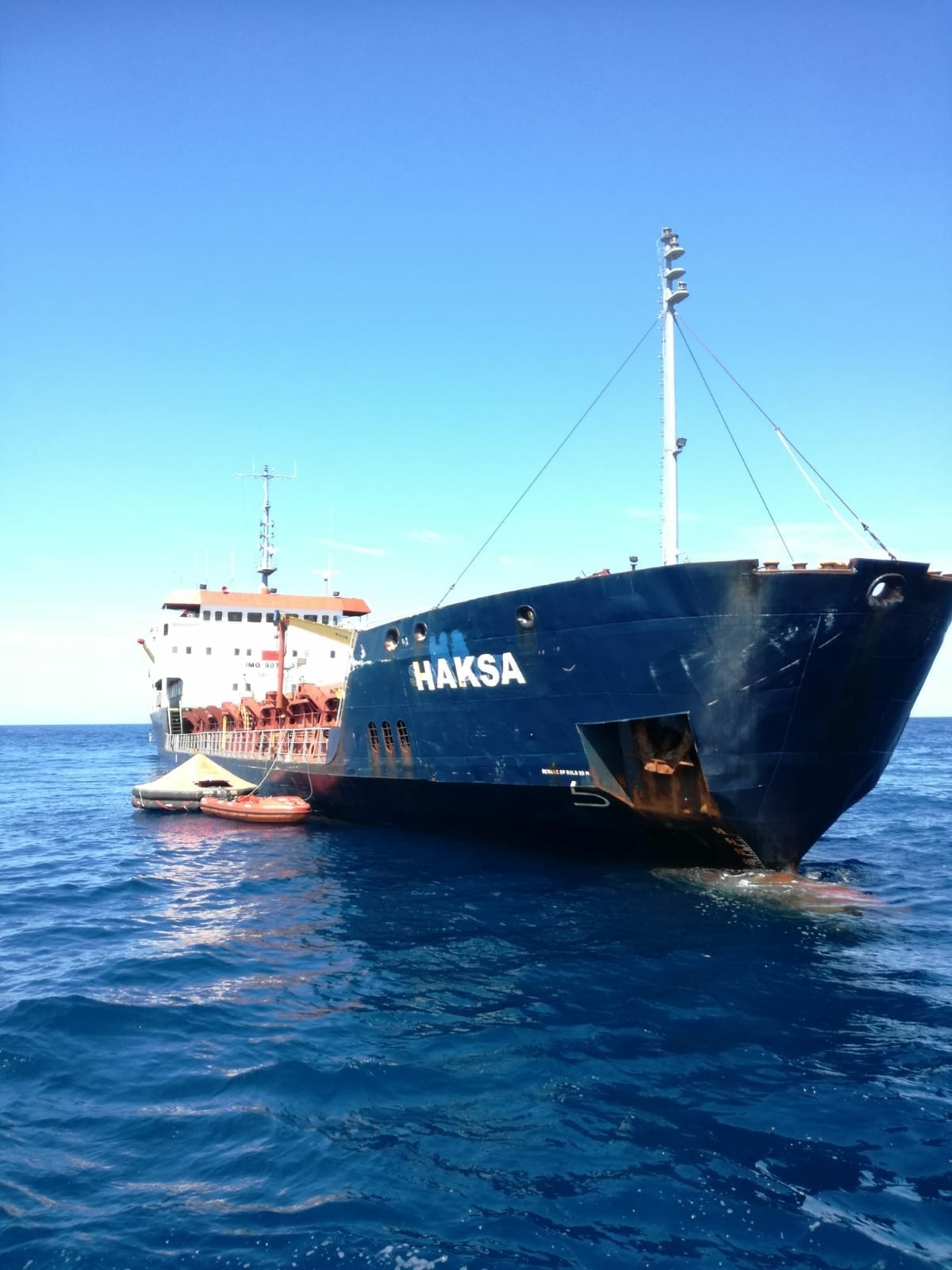 A Turkish-flagged freighter began sinking in the Adriatic Sea off the coast of Croatia's Jabuka Island, the Croatian Maritime, Transport and Infrastructure Ministry said Sunday.

All 13 crew members were safely rescued with no injuries.

The ship, named "Haksa," began taking on water in the early morning. Search and rescue vessels from Croatia and Italy responded to assist efforts to keep the ship afloat.

Responders are working to prevent pollution from the incident. The ship is carrying 3,000 tons of sinter magnesite and 70 tons of fuel and lubricant oil.

The 85-meter-long ship had a crew of 11 Turks and two Indians.

The captain of the ship and four other crew members initially stayed on board to help prevent the ship from sinking altogether while eight crew members were evacuated with the help of Italy's "Valcadorea" tanker and brought to the port of Split.