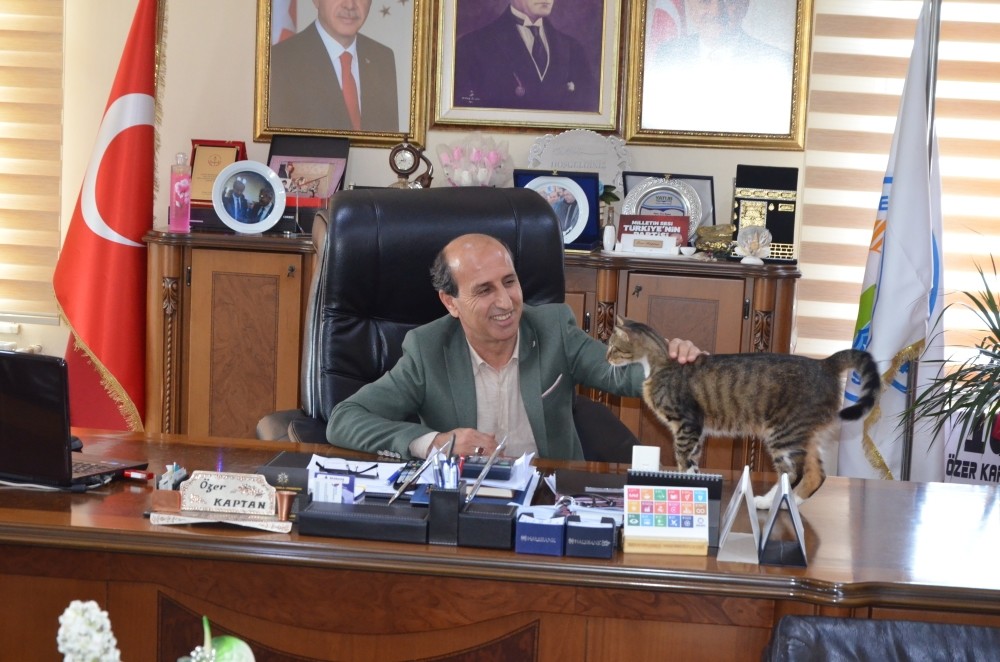 A small town in western Turkey might have the most cat-friendly town hall where animals steal down the desk of mayor and frisk around the offices of staff freely.

Staff at the municipality of Esenköy in the Yalova province opened doors for cats about two years ago and since then, some 20 cats take shelter in the town hall. This number drops in summer but the building remains a popular place among cats who either curl up next to filing cabinets or lounge about the mayor's desk.

Çiğdem Uçar, the municipality's chief clerk, says it all started when someone dropped a cat and her five kittens off at the entrance of the town hall. "I started feeding them in front of the building first. Two kittens stayed and others left. They started going inside more and more when the winter set in. Soon, they got familiar with the staff and now stay with them up until the end of the shift when they are shown the door. Uçar says they prefer sleeping mostly.