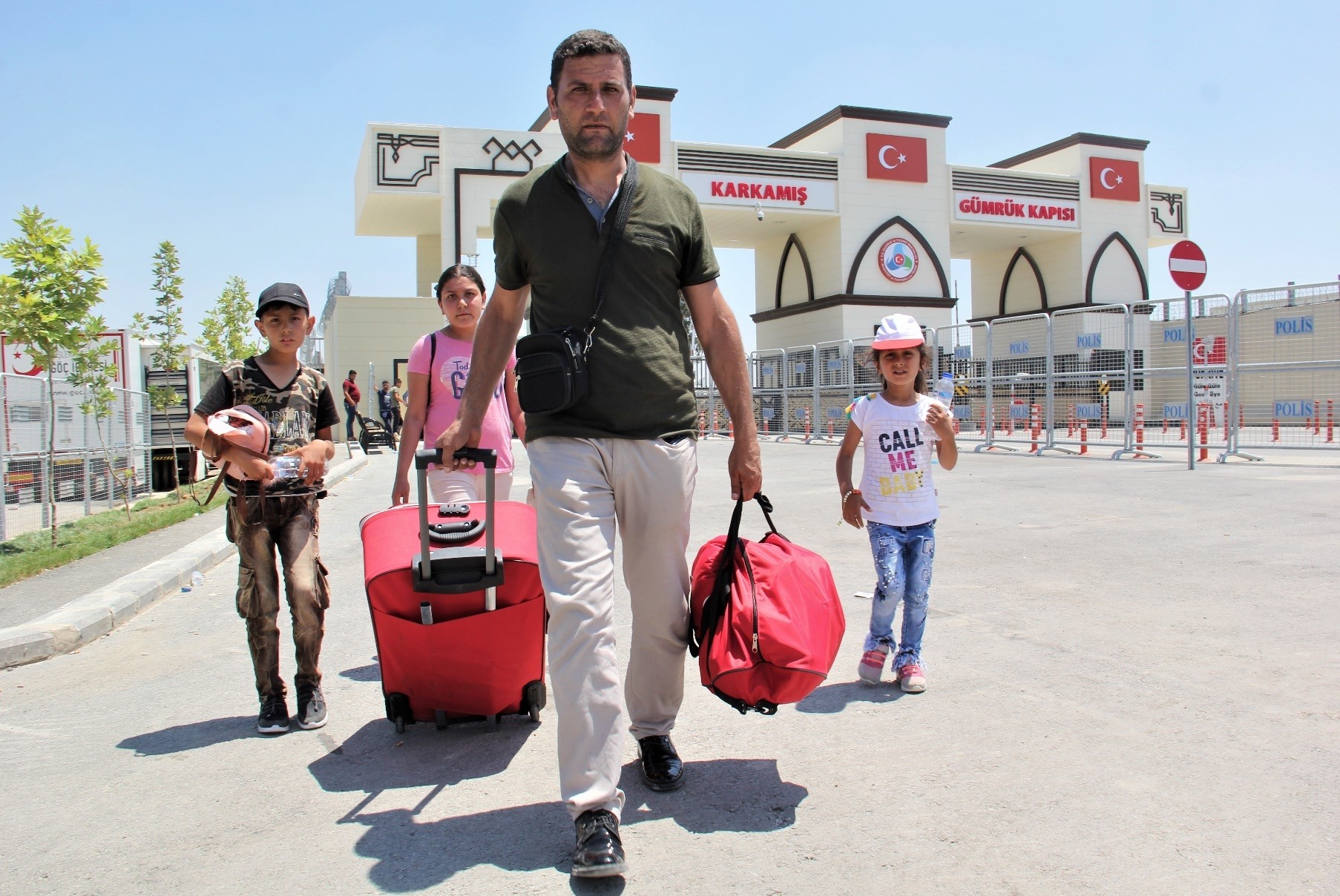 Turkey reopened its borders for thousands of Syrian refugees who left in May and earlier this month to spend Eid al-Fitr in their war-torn homeland.

After observing Eid al-Fitr with their surviving relatives in Syria, refugees who took shelter in Turkey since the conflict broke out, were allowed back in Turkey starting yesterday. Tens of thousands of Syrians are expected to return, though returns were scarce yesterday. Ankara expects many will choose to remain in Syria, especially those from cities which recently liberated from terrorist groups.

The country keeps its lengthy border closed, but during every Muslim holiday, three border crossings are kept open. Some 125,000 refugees traveled back home starting May 18 before the borders were closed again.

Walid Ali was among the returnees who crossed back into Turkey from Karkamış crossing into the border city of Gaziantep. Ali says he lived in peace in Istanbul for six years but could not visit his parents since then. A native of Jarablus, Ali tells Anadolu Agency (AA) that it was a happy family reunion. Jarablus was among the towns liberated from the terrorist group Daesh by Syrian rebels endorsed by Turkey in 2016's Operation Euphrates Shield. "I saw that it was safe now. They reopened schools and hospitals there. We are thankful to Turkey for its help. Jarablus is a livable place again," he says.

Muslim holidays are an opportunity for refugees to see whether they can settle back permanently in their homeland. Almost all head to areas liberated from terrorists, This year two operations by Syrian rebels backed by the Turkish army, including Operation Olive Branch, saw the liberation of the Afrin region. The crossings will be closed again on July 6. Since the start of the Syrian crisis in 2011, Turkey has been at the forefront of helping Syrian refugees.

It has spent some $30 billion for their care in modern camps, along with aid for those living outside the camps. Although it pursues an open-door policy for refugees, the country is also concerned about the increasing burden of caring for the refugees with no end in sight to the conflict. Ankara is among the proponents of the idea of setting up safe zones within Syria for those internally displaced as well as refugees in other countries. Some 75,000 Syrian refugees have already returned home, but Turkey still remains the largest Syrian refugee-hosting country with about 3.4 million people.