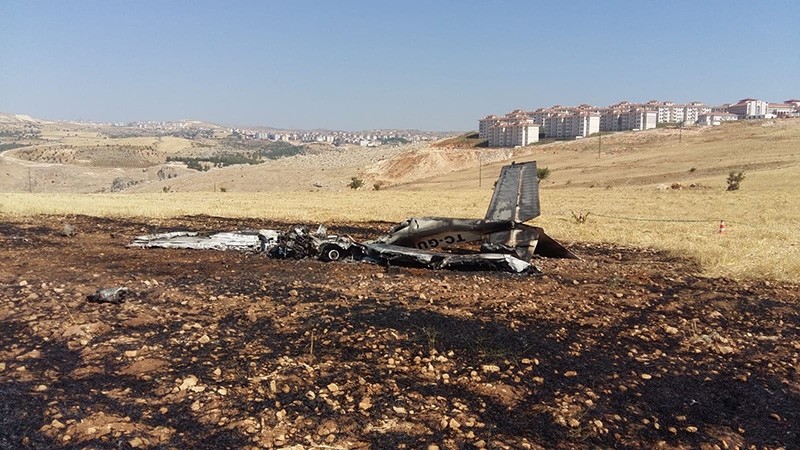 The pilot of a training plane died after crashing in Turkey's southeastern Adıyaman province on Wednesday morning.

The plane belonged to Gaziantep University and crashed in a field in Besni district. Upon arriving at the crash site, emergency response personnel found the pilot dead.

Gür said the reason for the crash remains unknown. The students were trying to complete their required flying hours for the training course when the front plane crashed, resulting in one of the pilots' death.

"The other plane and pilot are fine," Gür added.

Firefighters, medical personnel and security teams were dispatched to the area where the accident occurred.