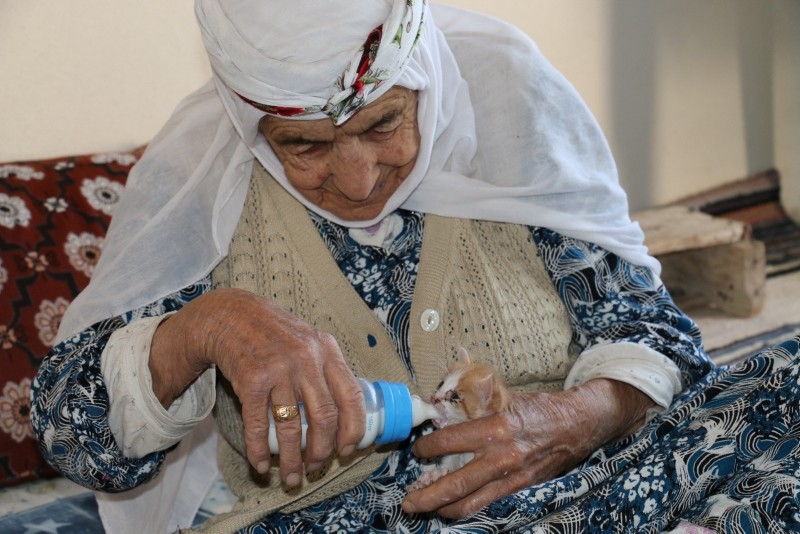 A 96-year-old woman living in the southeastern Adıyaman province has melted people's hearts with her love and compassion towards orphaned kittens.

Zeynep Duran, who lives in Şahinbey village of Kahta district, has been bottle-feeding and taking care of four kittens she found on the street.

Speaking to Anadolu Agency (AA), Duran said that after she learned that the newborn kitttens' mother had died in an accident, she got very emotional and decided to bring them home.

She said she heard their desperate cries while sitting in her front yard and rushed to help them.

"It was obvious that they were really hungry. I told my son to buy a baby bottle and some milk to feed them," she added.

Underlining that leaving them all alone on the street would be inhumane as they were living creatures too, Duran said that she will continue to feed them, love and look after them as if they were her own children.