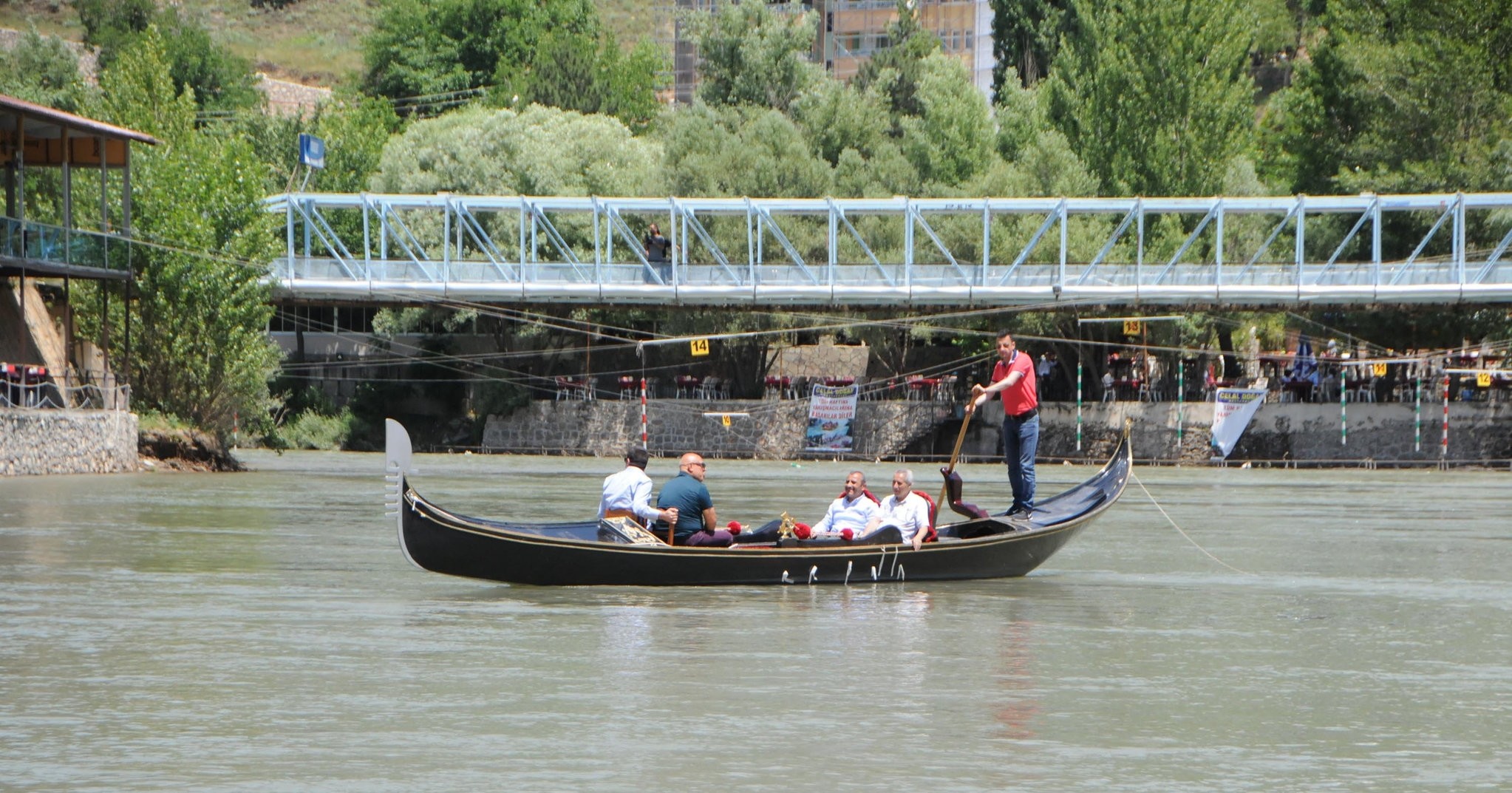 Gondola rides are now offered on the Munzur river for tourists and locals in Tunceli.
by Betül Usta
Jul 04, 2018 12:00 am

Ankara's pledge to restore prevailing peace in terrorism hotbeds in eastern and southeastern Turkey is largely fulfilled with a sense of normalcy returning to the region. Counterterrorism efforts combined with better public services paid off and locals now enjoy indulging in pastimes they could not in the past, when the dreaded terrorist group PKK intimidated the population with its campaign of violence.In Tunceli, residents ride gondolas, recently introduced to the Munzur river straddling the city, while rafting is a favorite hobby of those living near the Habur river in southeastern city of Şırnak. Elsewhere, paragliders take turns jumping off from the peaks of Kato mountain - once a hideout for PKK terrorists. 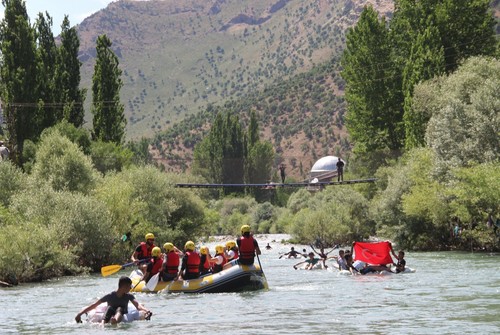 In Beytüşşebap, Şırnak, rafting is all the rage, after a return to calm in the region.

Murat Şener, district governor of Beytüşşebap, a place in Şırnak province once associated with terror attacks, explains the change that has come about with the end of the PKK presence. "People once thought Kato would not be free of terrorists ruling the place. Security forces succeeded in setting up a stronghold there, dealing a blow to the existence of the group. PKK cannot spread its propaganda any longer. People feel they are safe again. Beytüşşebap bolsters faith among locals in eradication of terrorism in the wider region," he says. "People used to think that the terrorist group would harm them if they attended a public event sponsored by the state. Now, they are not afraid," Şener adds.

Imitating professional rafting, children in Beytüşşebap used to build primitive boats made of sacks and plastic boats. Now, real boats with locals and tourists riding through the roaring waters of Habur river, go side by side with the children's old boats. With gunshots no longer ringing out in Kato, paragliders fly from cliffs to the plains below without fearing potential attacks by the PKK. In the center of the district, theaters and exhibitions spice up the formerly dull life of the area whose economy was stunted by years of terrorism. The trustee-appointed municipality also offers learning classes for women to encourage their integration into social life and for their economic independence.

The PKK terrorist group, which claims to fight for Kurdish self-rule in the region heavily populated with ethnic Kurds, derailed the lives of millions since the 1980s when it started its campaign of terrorism. Thousands were killed in attacks targeting both security forces and civilians in three decades before the group announced what it called a "cease-fire." It was in response to the government's "reconciliation process," a series of reforms aimed to address the demands of the Kurdish community.

Yet, the cease-fire did not last and in 2015, the group resumed violence, killing hundreds in the region since then. The reconciliation process was apparently shelved but the government took an unprecedented step after courts ordered the jailing of mayors and other senior officials in the region linked to the PKK. Trustees - mostly state-appointed provincial governors and district governors - took office in municipalities and mobilized to improve public services. Infrastructure, neglected under previous mayors, was renovated, new roads replaced gravel paths and flash point districts damaged by the attacks were restored.