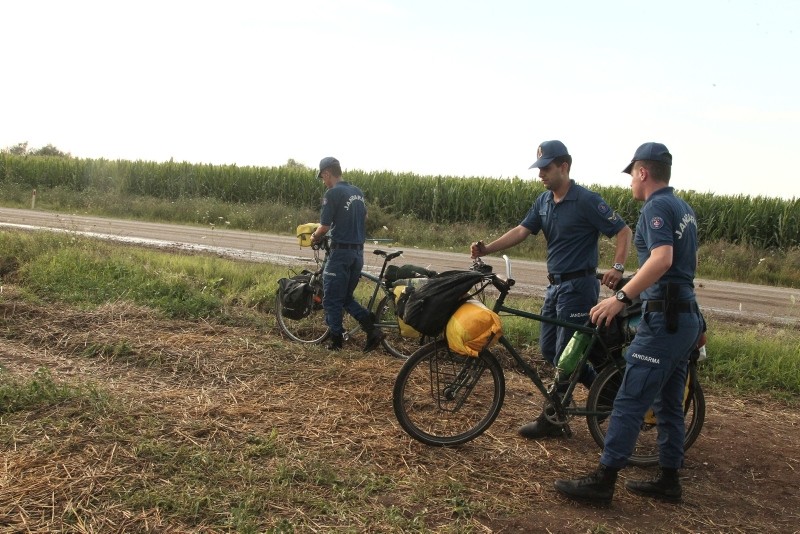 Photo shows the bikes used by Maximilian and Bruyas after the former was struck by lightning. (AA Photo)
by daily sabah
Jul 18, 2018 12:00 am

A German man was killed after being struck by lightning while he was cycling through Kırklareli province on Monday in northwestern Turkey.

The 27-year-old German national Maximilian Födisch and 24-year-old Frenchman Arnaud Guillaume Bruyas, were on a biking trip around the world when they entered Turkey from the Aziziye Border Gate.

A lightning bolt hit Födisch when the duo were traveling towards Edirne and severely injured him. Local people from the nearby village of Kocahıdır contacted emergency services and the German man was transferred to Havsa Hospital in Edirne but could not be saved despite doctors' best efforts.

Bruyas survived the ordeal without any injuries but suffered from shock for a long time. "Maximilian was 25 meters ahead of me. Suddenly a thing like a fireball fell down on him," Bruyas said when asked about the incident by officials.

Maximilian's body was brought to a morgue at Trakya University Hospital for an autopsy.

The duo began their journey eight weeks ago in Germany and were planning to cross into Georgia and Russia after Turkey.