Turkey, Romania reunite woman stranded in Syria with her family 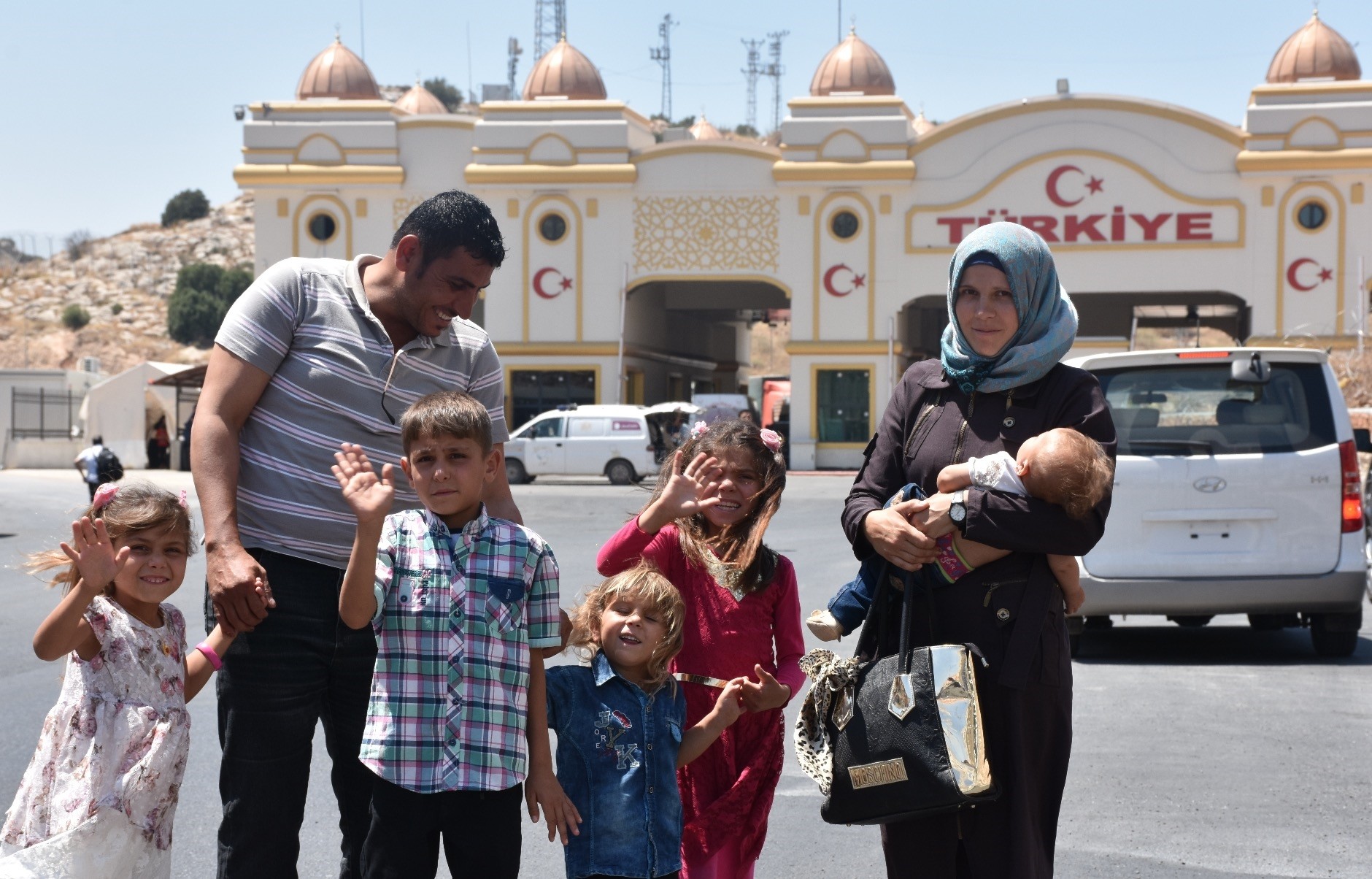 Alena Nicoleta Pena, her husband and their children at a border crossing between Syria and Turkey.
by Daily Sabah with AA
Jul 18, 2018 12:00 am

Alena Nicoleta Pena, a Romanian woman married to a Syrian man, will soon be reunited with her parents in Cyprus after her tragic story made headlines. Turkish and Romanian authorities secured her travel to Romania, and she was set to fly to Cyprus from there yesterday. Pena, 27, moved to the Greek Cypriot part of Cyprus with her family in the 1990s and married Ibrahim, a Syrian she met in Cyprus, in 2011. The couple settled in Ibrahim's hometown in the Idlib province of Syria.

Pena was hoping to visit her parents when an uprising broke out in her new country. When the couple's house was destroyed in airstrikes, they moved to a safer region in the north. Her husband lost his passport amid the conflict that disrupted the lives of millions. The mother of five did not want to leave her husband and children, who did not have passports to travel to Cyprus, and sought help from authorities to allow them to travel to Cyprus where her parents she has not seen in eight years lived.

"I wanted to go to Turkey and to Cyprus from there, but I was not allowed as my husband did not have a passport. I want to leave this place," she told Anadolu Agency (AA) in an interview in May. She said they lived in a tent and their children could not go to school as there were "none" nearby.

Accompanied by her husband and their children at a border crossing between Syria and Turkey, Pena said she was happy to be able to finally reunite with her parents. "I hope the war will end soon and people who had to leave their homes and go abroad because of it can return home, just as I do today," she said.