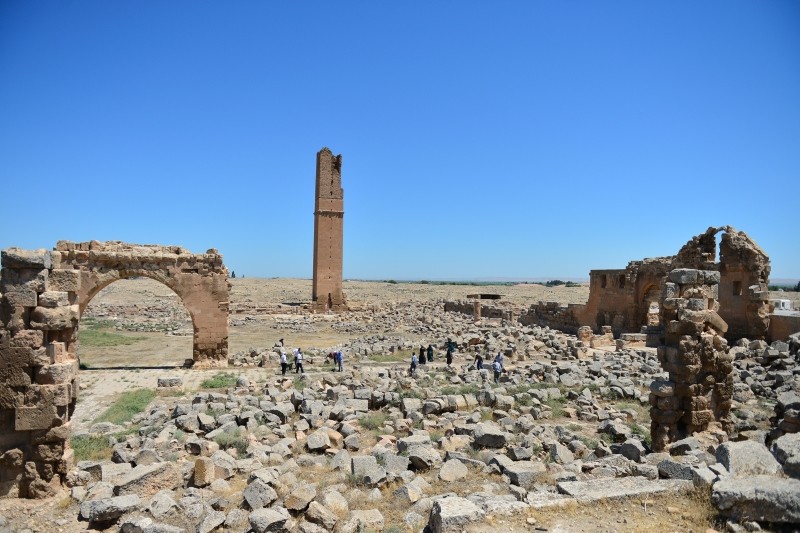 After 18 years in the waiting room, Turkey's southeastern archaeological site Harran is expected to soon be added to UNESCO's World Heritage list, according to local scholars.

Hopes for Harran making the list have soared since the ancient temple of Göbeklitepe in southeastern Turkey was recently added, Mehmet Önal, head of the Archeology Department at Harran University in Şanlıurfa, told Anadolu Agency.

Göbeklitepe, the world's oldest temple, was added to the UNESCO World Heritage list on July 1. It was discovered in 1963 when researchers from Istanbul and Chicago universities were working at the site.

Some 80 percent of restoration work at Harran is now completed. Notably, scripture mentions that the prophet Abraham -- a key figure in Judaism, Christianity, and Islam -- lived here, Önal added.

Noting that the site was constantly inhabited from 6,000 B.C. to the present, he said Harran also served as the capital of the Assyrians and Umayyads.

The first excavations in Harran began in 1950, he added.

Harran is an important ancient city where trade routes from Iskenderun to Antakya (ancient Antioch) and to Kargam were located, according to UNESCO's website.

"The city is mentioned in the holy Bible," says the website.

"It is important not only for hosting early civilizations but it is the place where the first Islamic university was founded. The traditional civil architecture, mudbrick houses with conic roofs, is unique."