Bulgaria issues warning to Turkey and Greece for floods 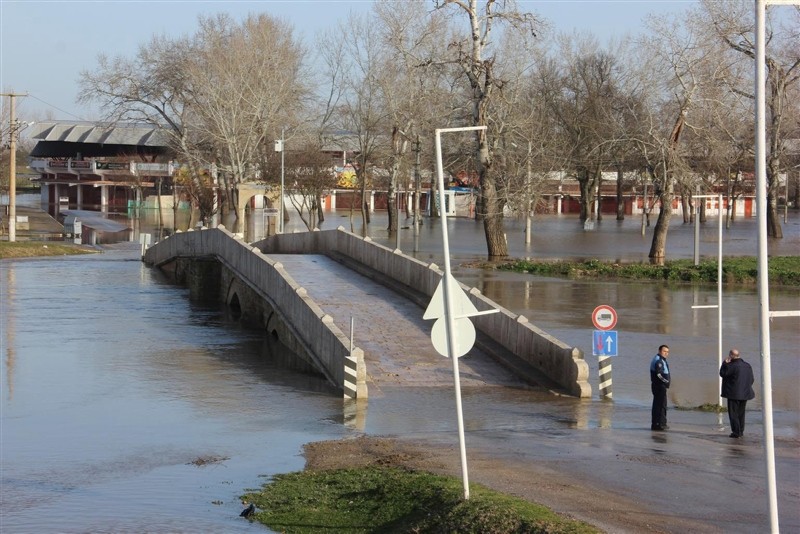 A bridge partially submerged during a flood caused by overflow of the River Tunca (Tundzha) in Edirne province of Turkey on March 27, 2018. (IHA Photo)
by Daily Sabah with Reuters Jul 25, 2018 12:00 am

Bulgaria has warned its southern neighbors Greece and Turkey they could face floods as heavy rains are expected to swell the Arda and Meriç (Maritsa) rivers flowing into their territories.

The alert came as Greek emergency services are struggling to deal with their worst wildfires in years.

The Ivaylovgrad dam on the Arda in the eastern Rhodope Mountains is likely to overflow in the next few days because of expected downpours, Bulgaria's foreign ministry said late Tuesday.

The Arda flows eastward into Greece and joins the Meriç River on Greece's border with Turkey.

Sofia said it was expecting massive increases in water volume in the flood-prone Meriç near the Bulgarian town of Svilengrad on the Turkish border on Wednesday and Thursday.

Bulgarian authorities have declared states of emergency in several municipalities following heavy rainfall. A man died after being swept away by floodwaters in the Bulgarian town of Teteven on Tuesday.

Turkey's northwestern province of Edirne, which the Meriç flows through, suffered several floods recently as both the Meriç and Tunca (Tundzha) rivers in the city are prone to swelling after heavy rainfalls.