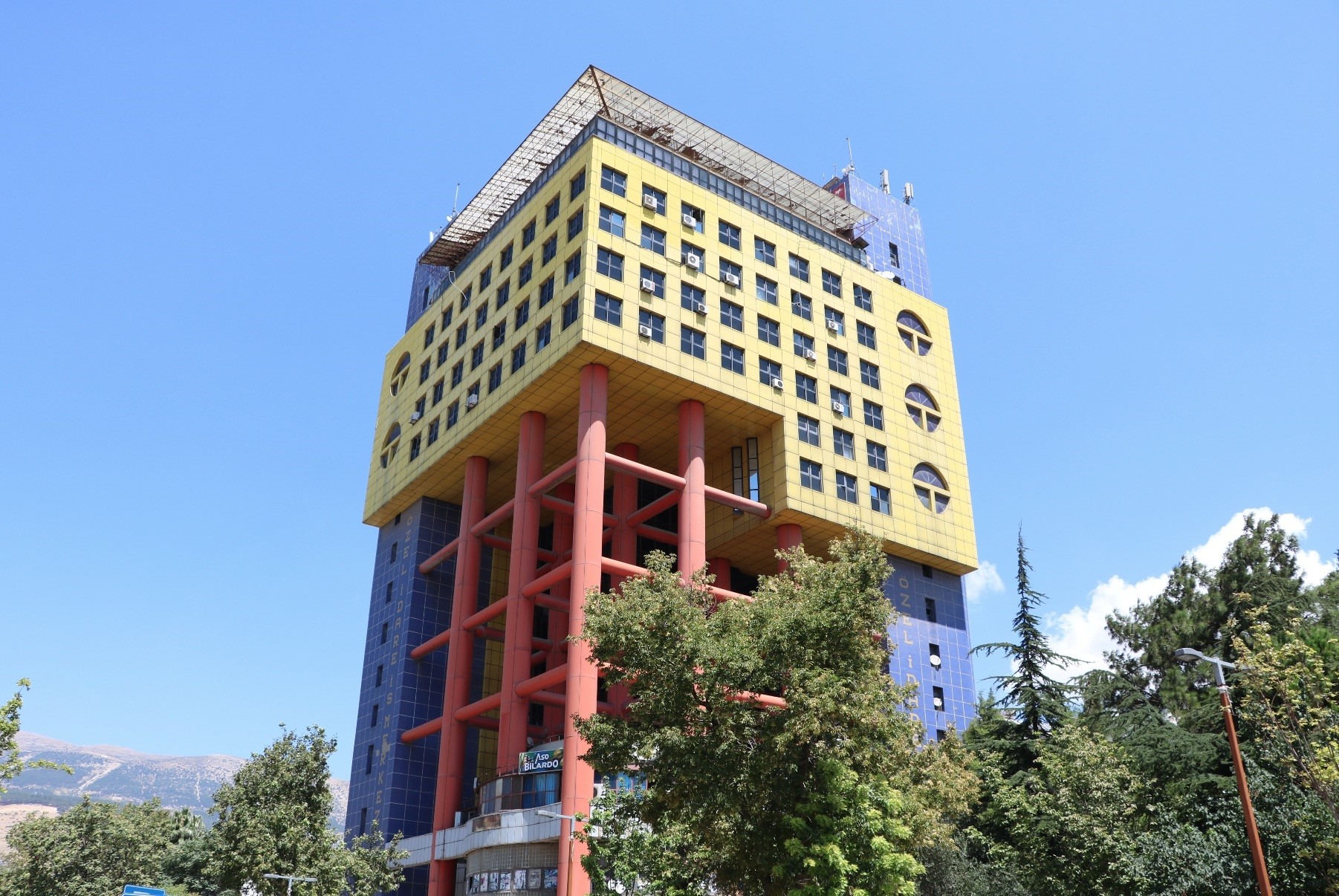 The people of Kahramanmaraş, a southern Turkish city, lament how a strangely built finance center became a laughing stock on social media. The 19-storey building is listed as the "world's most ridiculous building" by the Turkish version of Google, after countless links courtesy of Turkish users branded it as such.

For some, the building is a reflection of modern architecture, but for critics, it is a carbuncle on the city's landscape, among a few tall buildings in the quiet city near the border with Syria. The building, where several local governorate offices are located, somewhat resembles the form of ice cream, the city's most famous export, with apartments and offices amassed atop and steel columns resembling scaffolding taking up almost half of the bottom floors. It is a waste of space according to the locals. The head of the local chamber of architects said that the building's online notoriety is worrying and shows how those opposed to its construction in 1994 - the year it was built - have been proven right. "It is an example of haphazard city planning. Construction engineers and architects were right when they told authorities it would spoil the city's silhouette," Veli Çiftaslan told İhlas News Agency.

Demolition of the yellow, red and blue building was briefly considered by local authorities but high costs led them to scrap the plan. A planned sale for TL 28 million ($5,8 million) in 2011 failed to attract buyers. The governorate handed ownership to the local municipality later. Over the years, the building - sprawling over 2,110 square meters - became a city landmark. It currently houses the governorates of Dulkadiroğlu and Onikişubat, two central districts of Kahramanmaraş, and a few private businesses. "I think this is a useless building. It could have been built as a more functional place. There are so many spaces that can be used," Doğukan Tankurt, a local, said. Mehmet Semerci, another resident, says it is "not modern" as the building's proponents claim. "It doesn't fit in with the rest of the city," he said.