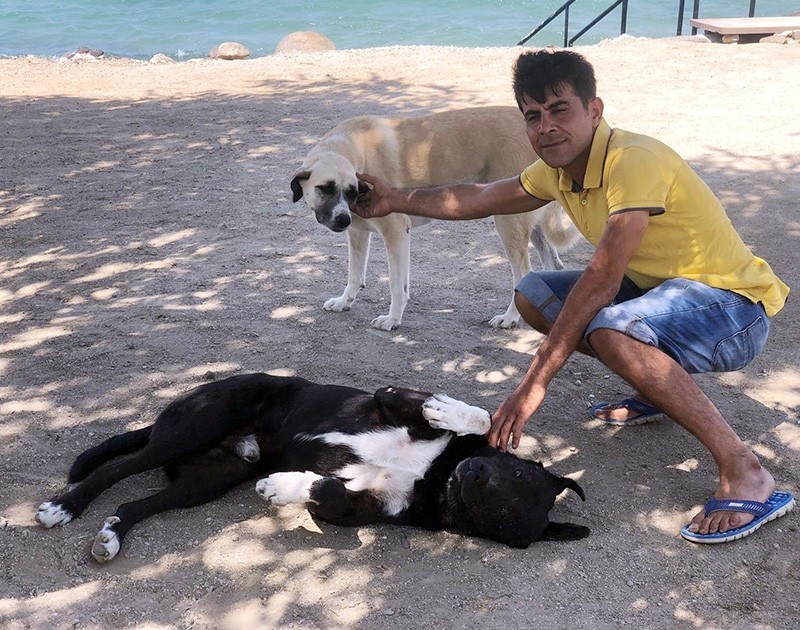 A 74-year-old Turkish man has two stray dogs to thank for saving his life while he was on vacation in Izmir's Çeşme district.

Yalvaç Aysu, a retired businessman who struggles with vertigo, nearly lost his life on the shores of the Germiyan quarter before being rescued by two stray dogs which he has fed for years at his summerhouse complex.

Aysu said he was on holiday and just wanted to cool down before things took a dangerous turn when he fainted in the water. Aysu said that he noticed the water rising around him before losing consciousness.

"I screamed for help but no one helped me," he said. Despite being surrounded by other vacationers, no one noticed his unconscious body in the still waters.

Aysu's two loyal dogs then came to the rescue, barking and trying to pull him out of the water. The complex's security guards and nearby people noticed the dogs' distress and called for help.

Medical teams rushed Aysu to a private hospital in Izmir where he was recovered after seven days in the intensive care unit. Dr. Hakan Çorap said that he received cardiac massage for 15 minutes and salty water was emptied from his lungs, as he lay unconscious in the sea for at least five minutes. 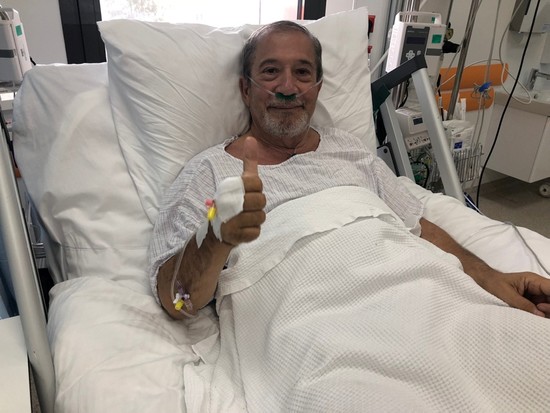 Dr. Figen Öztürk said Aysu also suffers from epilepsy, adding that he was lucky to have been saved in time. She also warned that such patients should be accompanied by others while in the sea and should swim in areas closer to the shore.

After his recovery, Aysu told reporters he was saddened that no one initially tried to help him.

Aysu said he prefers animals to humans, as they are natural "to the nth degree."

"As long as we don't hurt them, they won't hurt us," he said of animals. People, on the other hand, have lost their sensitivity," Aysu said.