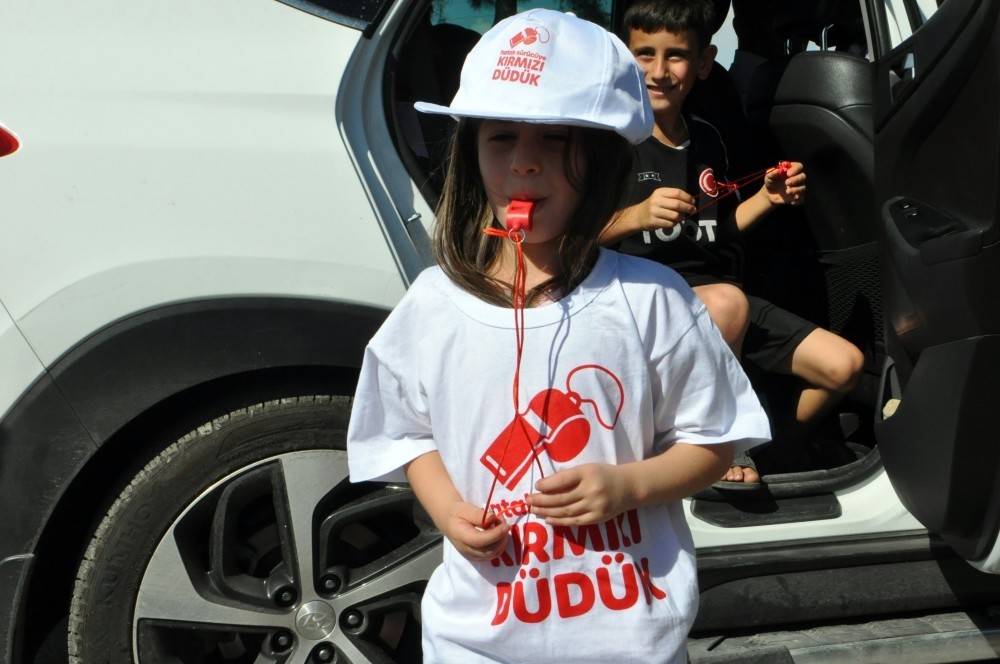 Ahead of the upcoming Qurban Bayram (or Eid al-Adha in Arabic), Turkey has kicked off a unique road safety campaign.

As part of the campaign, the governor's offices in Turkey's 81 provinces have handed out red whistles to children traveling with their parents.

The campaign, "This bayram, I'm also a traffic police officer. Blow the red whistle for a bad driver," looks to minimize the number of traffic accidents during the religious holidays.

The Qurban Bayram next week will be a nine-day holiday, allowing many to travel. In Turkey, hundreds of thousands of families travel during the religious holidays, to either visit friends or family or to go on vacation. Unfortunately, however, there are also usually hundreds of road accidents during this period, often caused by exhaustion or momentary loss of concentration, resulting in hundreds of deaths and injuries.

The Interior Ministry launched the red whistle campaign to raise awareness among children about the dangers of driving while exhausted. Routine checks will also be carried out. Children traveling with their parents were given whistles, a t-shirt, a cap and brochures on road safety as part of the campaign. It will continue until the end of the holiday.