86-year-old attacks officers trying to save his money 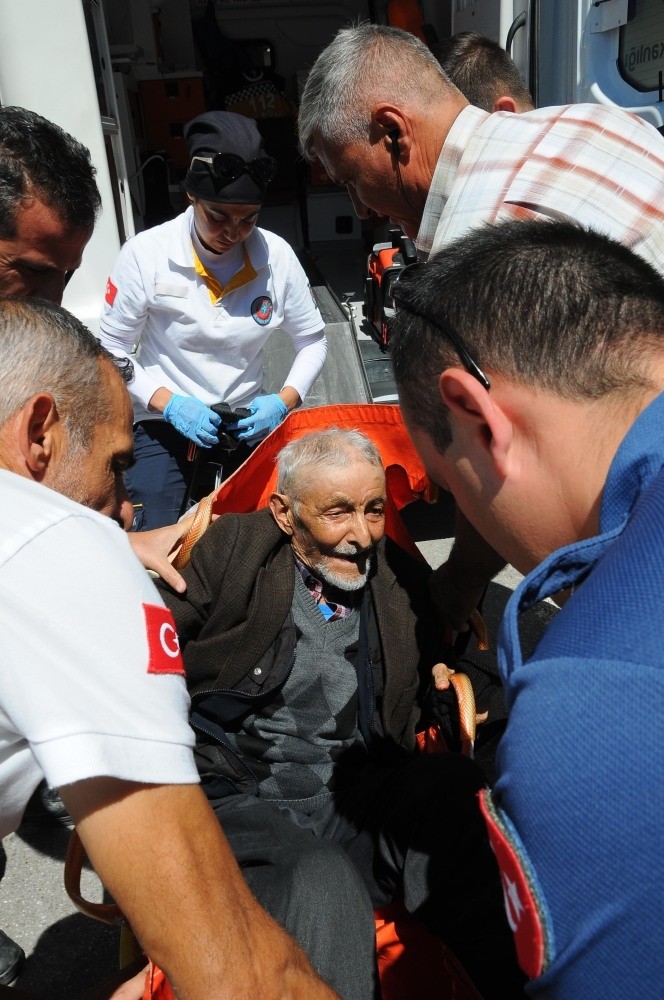 An 86-year-old man in the central Anatolian province of Eskişehir attacked plain-clothed police officers trying to prevent him from withdrawing all his money and giving it to swindlers.

According to reports, an obviously nervous Ali Erdağ was seen trying to withdraw TL 100,000 ($17,500) from his account early on Wednesday. Bank employees got suspicious and called the police, who arrived to warn the old man against con artists.

Erdağ, however, refused to believe the officers in civilian clothes were real police officers and attacked them. The arrival of police officers in uniform only made him angrier. "The money is mine, what's it to you who I give it to?" he shouted at them.

In the heat of the exchange, the old man got dizzy and was taken to a nearby hospital. Once he calmed down at the hospital, he told the officers that someone, who identified himself as a police officer, had told him that investigations revealed that he was linked to terrorist groups and he would make it go away if he gave him TL 100,000.

After finally realizing that the plain-clothed police officers he tried to attack had saved him from being swindled, Erdağ thanked them for their help.