1 killed, 15 injured in northwestern Turkey pile-up of at least 30 vehicles 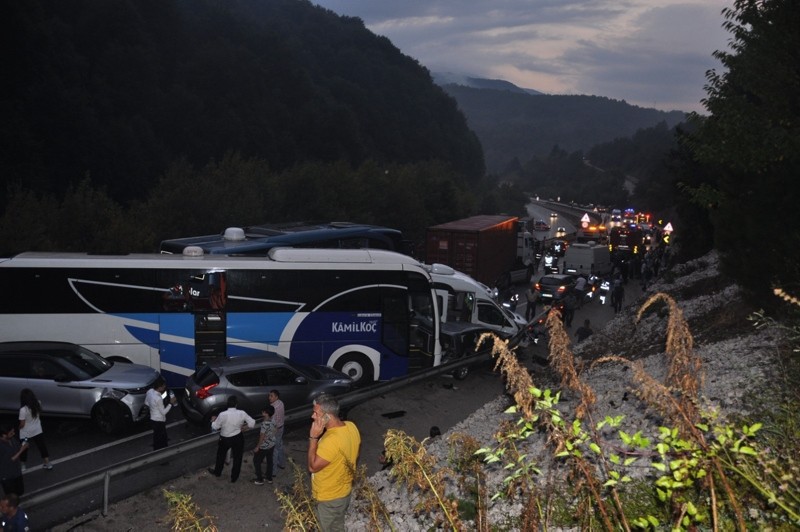 Fuel spill from an unidentified truck caused more than 30 vehicles to collide in northwestern Turkey's Bursa province, killing one person and injuring 15 others.

The accident on Eskişehir-Bursa highway in the Inegöl district occurred Friday evening, when millions of Turks took to the roads for the weeklong Qurban Bayram (Eid al-Adha) holiday.

Due to the fuel spill in Ankara-Bursa direction, one truck, two passenger coaches, two minibuses and 27 cars crashed, killing one person and leaving some 15 others hospitalized with serious injuries.

Dozens of others also received first aid for minor injuries at the accident site or were discharged from nearby hospitals Friday night after treatment.

The highway, where kilometer-long queues were formed due to holiday traffic, could be opened for traffic after intense efforts lasting over 3.5 hours.

An investigation was launched to identify the truck and its driver that caused the oil spill and subsequent accidents.