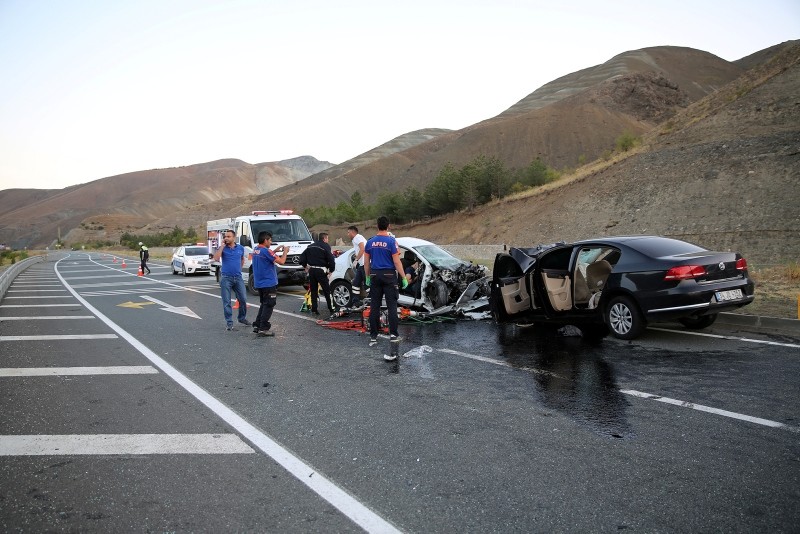 Four adults and three children were killed and three others were injured when two cars crashed early Saturday head-on on the Erzincan-Sivas highway in northeastern Turkey.

The seven, also including the cars' drivers identified as Hüseyin Adıbelli and Kamil Karataş, were pronounced dead at the scene of the crash.

The cars were heading in the opposite direction when one of them swerved into the wrong lane, resulting in the violent collision. All 10 passegers were stuck in the vehicles, according to teams from the Turkey's Disaster and Emergency Management Presidency (AFAD).

The injured have been taken to Erzincan Mengücek Gazi Training and Research Hospital for treatment.