96 years since the start of Great Offensive 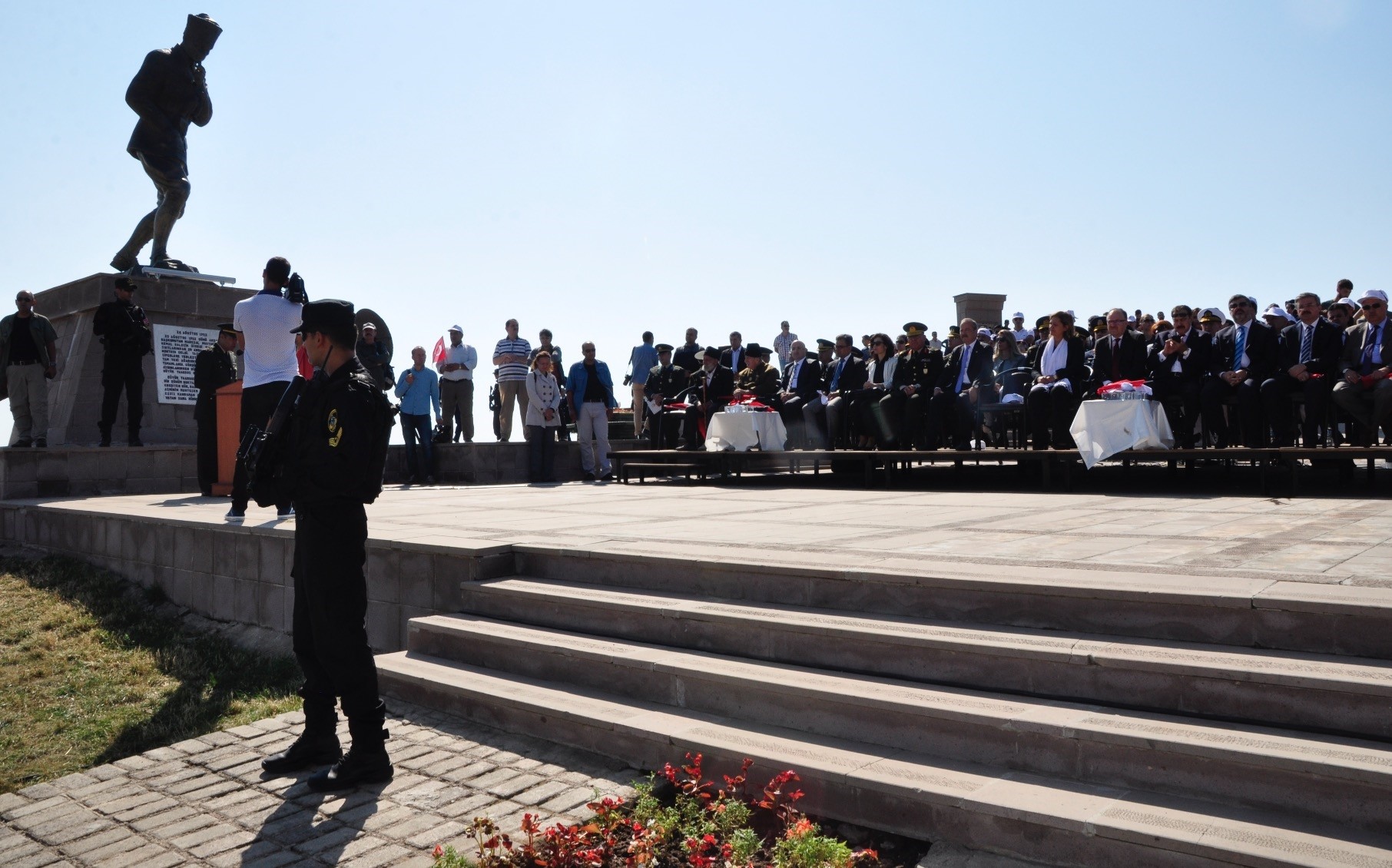 Ceremonies and speeches yesterday marked the 96th anniversary of the start of the Great Offensive, the military attack that beat back the Greek occupation of Western Anatolia and paved the way for the founding of the Republic.

The beginning of the Independence War is seen as the arrival of Mustafa Kemal Atatürk, the only senior Ottoman officer to emerge from World War I with any credit, in Samsun on the Black Sea coast on May 19, 1919. He escaped almost certain incarceration by Allied occupational authorities in Istanbul and started to organize resistance in Anatolia. Atatürk became the leader of the nationalists and started to build up an army to resist Greek offensives.

The Battle of Sakarya on Aug. 23 to Sept. 13, 1921 marked a turning point, bringing Greek offensives to a stop. The next year was spent by the Ankara-based nationalists for further buildup of arms and personnel, while undertaking diplomatic initiatives with Allies.

The sudden eruption of the Turkish forces on the unprepared Greek positions around Eskişehir on Aug. 26, 1922 resulted in the Battle of the Battle of Dumlupınar, or the Field Battle of the Commander-in-Chief, which ended on Aug. 30 with the total defeat of the Greek forces.

The Great Offensive ended with the Turkish occupation of İzmir on the Aegean coast, which had been under Greek control since May 15, 1919. The nationalists led by Atatürk later went on sign the Treaty of Lausanne July 24, 1923, which overturned the post-World War I Treaty of Sevres that was imposed on the defeated Ottoman Empire.

Later that year, on Nov. 29, 1923, the Republic of Turkey was declared with its capital Ankara, putting an end to the six-century long Ottoman Empire.

The week starting with Aug. 26 and ending with Aug. 30 is celebrated as Victory Week every year, and all members of the officer corps begin or end their terms or retire as of Aug. 30.