Tighter safety measures amid concerns over traffic in Turkish waterways 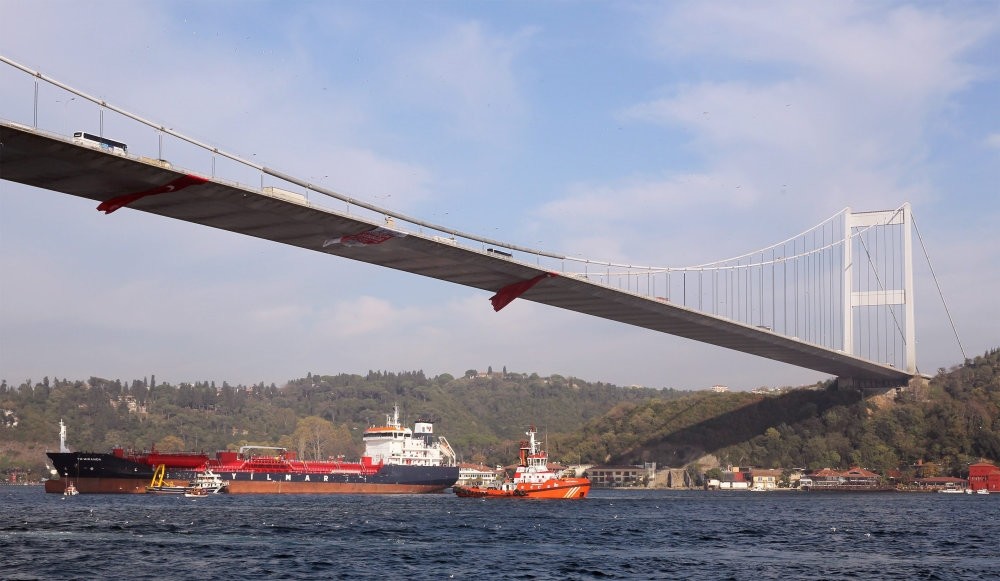 A broken down vessel anchored in the Bosporus in 2013. With high maritime traffic, the Bosporus is among the most at-risk waterways in the world.
by Daily Sabah Sep 04, 2018 12:00 am

New regulations on maritime traffic from Turkey's main waterways, the Bosporus and the Dardanelles (Çanakkale), aim to develop a more efficient response to possible accidents and to avoid them.

Under new regulations implemented by the Ministry of Transportation and Infrastructure and reported by the Vatan newspaper, rescue crews will immediately respond to vessels which run aground on the waterways. The common practice was giving six to 48 hours to the captain of a vessel for devising rescue plans before new regulation that will allow port authorities to remove vessels that have ran aground. Rescued vessels will not be permitted to continue their journeys until the conclusion of inquiries into such incidents. Regulations also mandate passenger and cargo vessels longer than 300 meters to report their planned entry to waterways at least ten days ahead of the entry. Another new measure bans vessels from approaching less than 100 meters to bridges' abutments.

Turkey's straits are among the most at-risk waterways in the world, according to experts. Over 50,000 vessels, including tankers carrying highly flammable oil, pass through the Bosporus, an S-shaped channel with sharp turns and changing currents that pose challenges for vessels and sailors every year. In compliance with the 1936 Montreux Convention, Turkey must allow open access for all civilian vessels through its straits in peacetime. However, accidents are a main source of concern for the country.

The government plans to build a new waterway west of Istanbul to alleviate concerns. Kanal Istanbul, a channel through the European side of Istanbul was announced as one of the mega projects of the government in 2011 and aims to reduce shipping traffic on the busy Bosporus, minimizing risks and dangers particularly associated with tankers.