Immigration to Turkey up 22.4 percent in 2017, TurkStat says 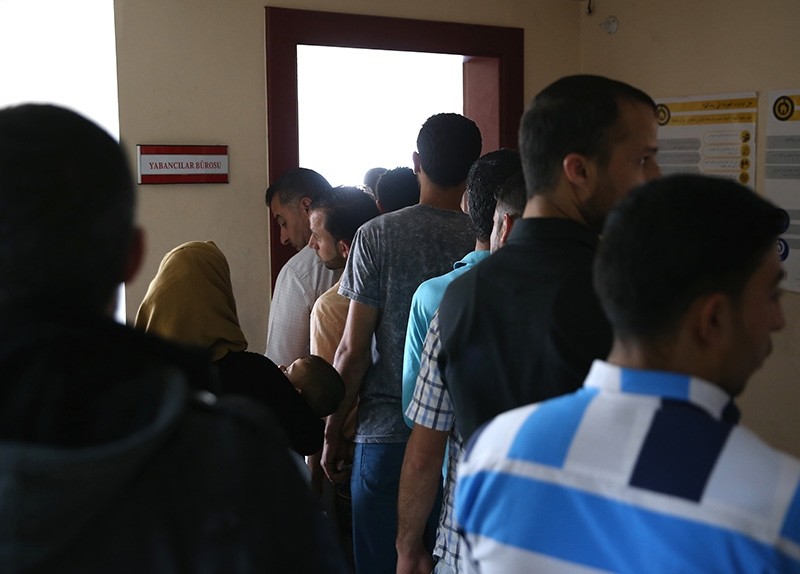 In 2017, Turkey experienced a 22.4-percent increase in the number of people immigrating to the country, according to the Turkish Statistical Institute (TurkStat).

The number of immigrants arriving in Turkey reached 433,333 in 2017, TurkStat said Wednesday.

The statistics show Istanbul is home to the largest immigration population with 166,044 people. Ankara follows with 46,475, Antalya with 21,888 and Izmir with 12,031 immigrants.

Iraqis were the largest group of foreign immigrants in 2017 with 26.6 percent, followed by Afghanis with 10.4 percent, Syrians with 7.7 percent, Azerbaijanis with 5.7 percent and Turkmens with 5.6 percent.

There was also a 42.5 percent increase in the number of Turkish citizens emigrating from Turkey overseas. Istanbul saw the highest number of emigrants with 75,849 people, while Ankara followed with 27,379. Among foreign emigrants, Iraqis once again ranked first with 20.4 percent, followed by Azerbaijanis, Syrians and Afghanis, making up just under 8, 7 and 5 percent, respectively.

The ongoing seven-year conflict in Syria has fueled mass refugee migration to Turkey, which hosts over 3.5 million Syrians. The conflict in Syria has killed more than 500,000 people and forced more than 5 million people to flee, while some 7 million remain internally displaced. Refugees mainly took shelter in Turkey, Jordan and Lebanon with Turkey hosting the largest number of Syrian refugees.

Turkey is a transit destination for many migrants aspiring to pursue better lives in Europe. Though the country is praised for its generosity – especially towards Syrian refugees, who were not included in TurkStat's statistics – it struggles to find support from other countries to address the migrants' humanitarian needs.

Despite the rising far-right rhetoric to restrict arrivals of migrants in Europe, many of them head to Turkey's borders with Greece and Bulgaria almost every day to reach Europe, particularly Germany.