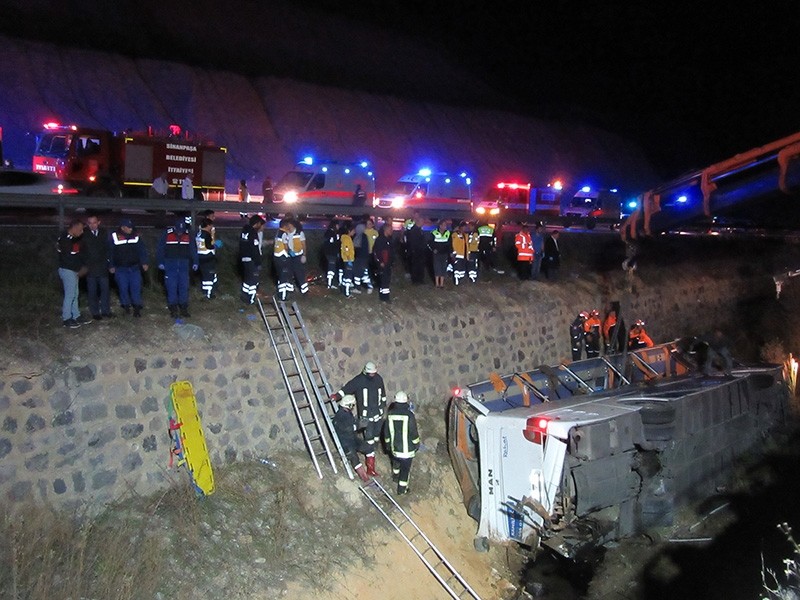 Seven people including the driver were killed and another 28 people were injured early Tuesday when a passenger bus crashed in the western city of Afyonkarahisar.

Authorities said the bus plunged into an empty water canal next to a highway connecting Afyonkarahisar to the Mediterranean Turkish province of Antalya.

Rescue and emergency teams were dispatched to the crash site. The wounded passengers were rushed to nearby hospitals.

An investigation is underway into the accident.

Every year, traffic accidents take an emotional and financial toll on Turkey despite safety measures. Official figures for 2017 show that 7,427 people died in more than 1.2 million accidents and 300,383 people were injured. Reckless driving and negligence of traffic safety rules were the main factors in most accidents.