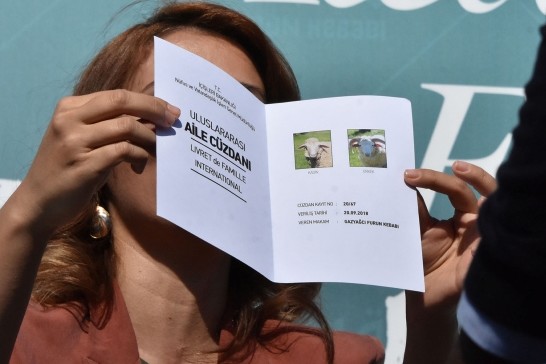 A restaurant owner in central Turkey's Konya province managed to raise eyebrows after arranging a no-expense-spared symbolic wedding for his pet ram and a sheep, attended by a French soccer legend as a witness.

Taking care of Alex for years and watching him grow into a healthy ram, Çınalı decided to find Alex a suitable wife. 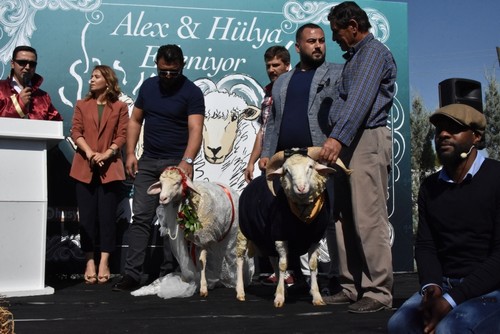 After finding the bride, Hülya the sheep, Çınalı decided to arrange symbolic wedding for the four-legged couple.

Adorned with black and white dresses, the animals were placed in a three-wheeled-van and toured around the Meram district with a motorcade behind before finally arriving in the restaurant, where the ceremony took place.

Attended by Çınalı's friends, the couple was "wed" by an official from the district municipality with former French soccer star Pascal Nouma serving as a witness. 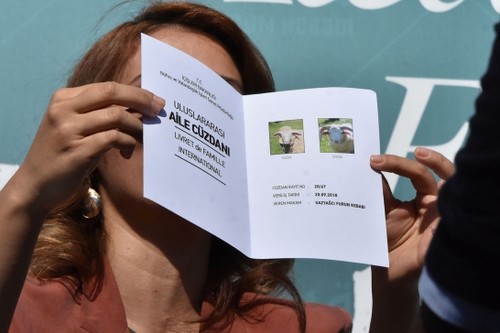 Guests pinned gold coins to the couple — a common tradition at Turkish weddings — and the official handed the "marriage license" to Çınalı after the ceremony was over.

Speaking to the press, Çınalı said he organized the symbolic wedding because he wanted to do something different.

"We did all we could to make it a proper wedding. Arranging a wedding is hard work, apparently," Çınalı said.