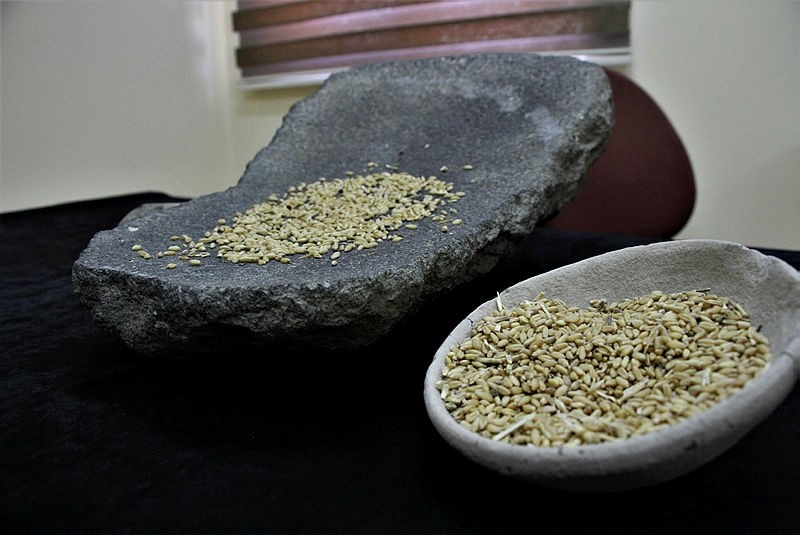 A 2700-year-old grinding stone dating back to the Urartian era has been found by a group of archaeologists in in Turkey's eastern Van province.

The rectangular stone, measuring 54 by 30 centimeters (21 by 11 inches), was used through ages, Rafet Cavuşoğlu, the head of the excavation team and an archeology professor at Van's Yuzuncu Yil University, told Anadolu Agency.

"This is a stone people used to grind some grains like barley and wheat after adopting settled life," Cavuşoğlu said.

It is the fourth stone discovered since the start of the excavations at the castle -- built by the Urartian King Sardur II in 750 B.C. -- in 2014, he added.

"When we examined the stones, we understood that they were one of the most important tools in human nutrition," he said, citing its worn-out surface.

Cavuşoğlu also said around 120 clay vessels -- thought to be used in winter for grain storage -- were uncovered during the excavations, as well

The kingdom was established around mid-ninth century B.C. and was conquered by the ancient Iranian people of Medes in the early sixth century B.C.