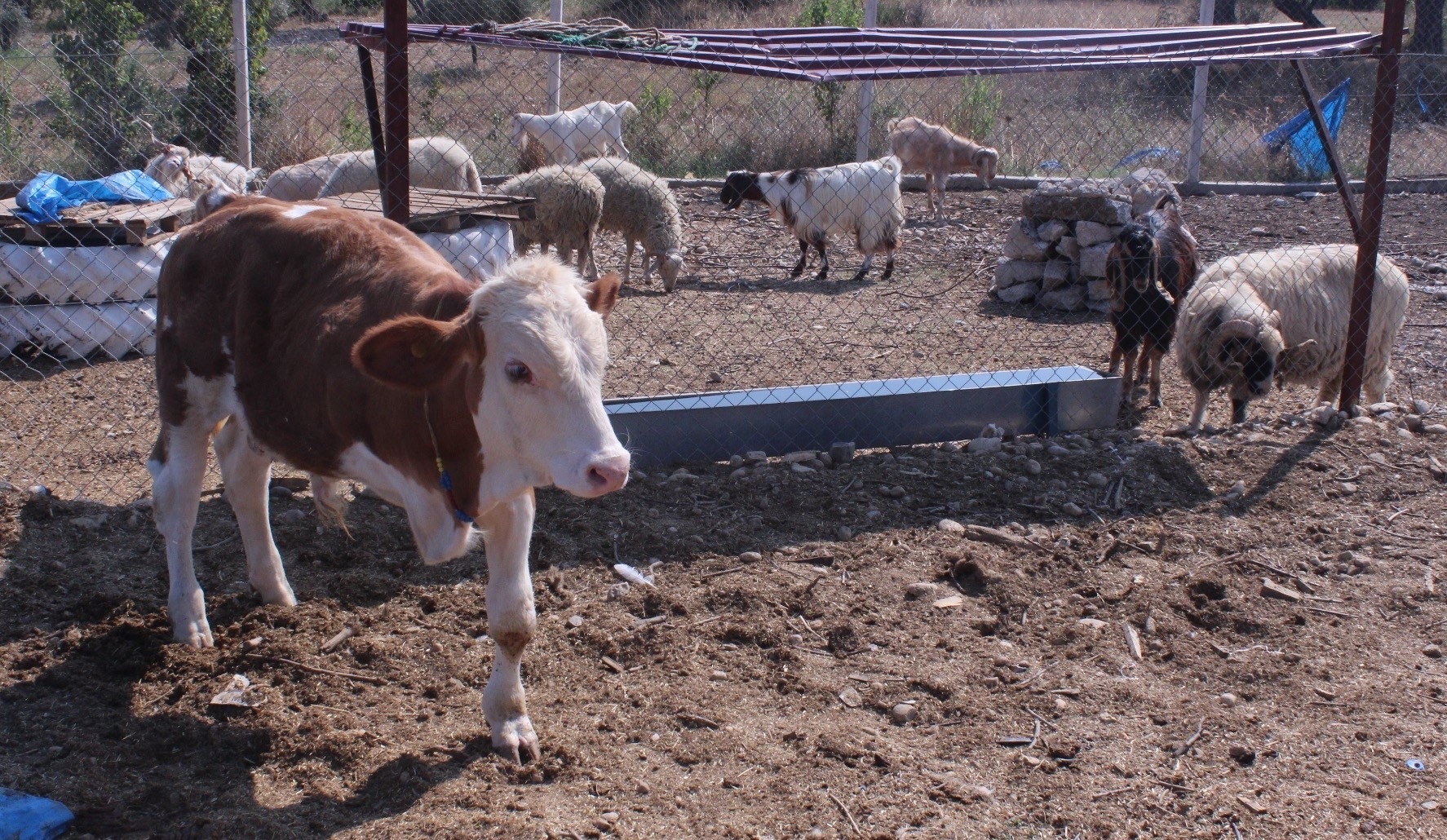 A farm in western the Turkish city of İzmir prides itself on being the only shelter in the country for abused and abandoned farm animals. The shelter houses 700 animals and its most famous occupant is Ferdinand, a cow who made the headlines last month after it escaped from its owners and swam for three days in northern Turkey as it was about to be slaughtered for the festival of sacrifice.

Sibel Çağlar, founder of the shelter, says their guests include animals left disabled due to injuries, sexually abused animals, elderly and tortured animals. Every occupant of the 10-acre farm has "a story," she says.

Ducks who were given as presents to children but later abandoned, fortune-telling rabbits used by street vendors to draw papers with fortune-telling messages now freely roam in the shelter. They join aged horses left for death after years spent in drawing carriages carrying tourists. "They are happy here but you can see the trauma they suffer in their eyes," Çağlar says. She adds that though animal lovers adopt cats and dogs, there is not any large shelter for farm animals and beasts of burden.