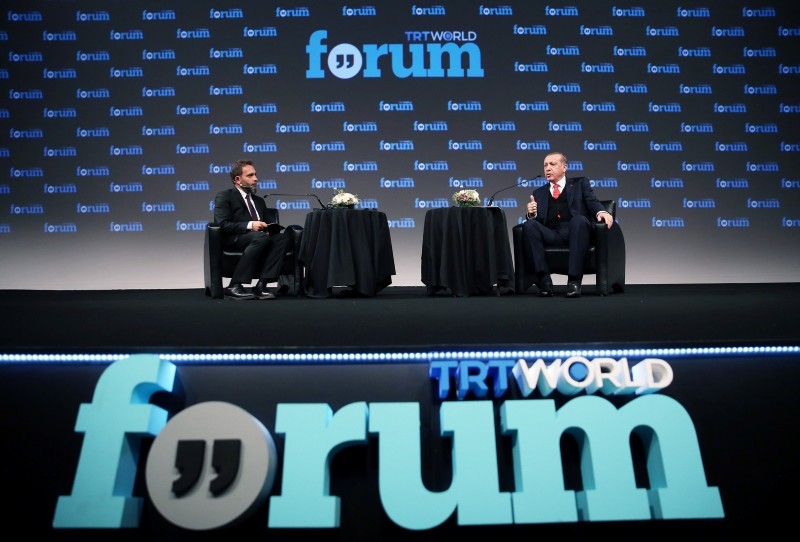 Turkey's state broadcaster TRT World will congregate hundreds of politicians, academics, journalists and businessmen in an international forum next month in Istanbul, the broadcaster said on Friday.

The forum on the theme of "Envisioning Peace and Security in a Fragmented World", will be held on Oct. 3-4, TRT World, Turkey's first English-language news channel, said in a statement.

The two-day event aims to "discuss and provide solutions for the most pressing global issues of our time with the aim of working towards global peace and prosperity".

Turkish President Recep Tayyip Erdoğan is also expected to make a speech titled "In Pursuit of Justice in a Fragmented World" at the closing ceremony.

Rania Al-Abdullah, the Queen of Jordan, is one of the high profile figures to confirm attendance in this year's forum, according to the statement.

The forum, to be inaugurated by Ibrahim Eren, the TRT Director-General, will feature four public sessions later: A World in or Out of Order?, A Hundred Years Since WWI, The EU and its Discontents, The Rise of the Global South and The Leadership of Women in the World of Conflict.

On the second day of the event, Malaysia's Ibrahim will deliver a keynote speech under the title of "Exploring a Just Peace in a Fragmented World".

The forum "will produce concrete solutions to the recent humanitarian issues" with the participants' opinions and Turkish approach, Eren stated.