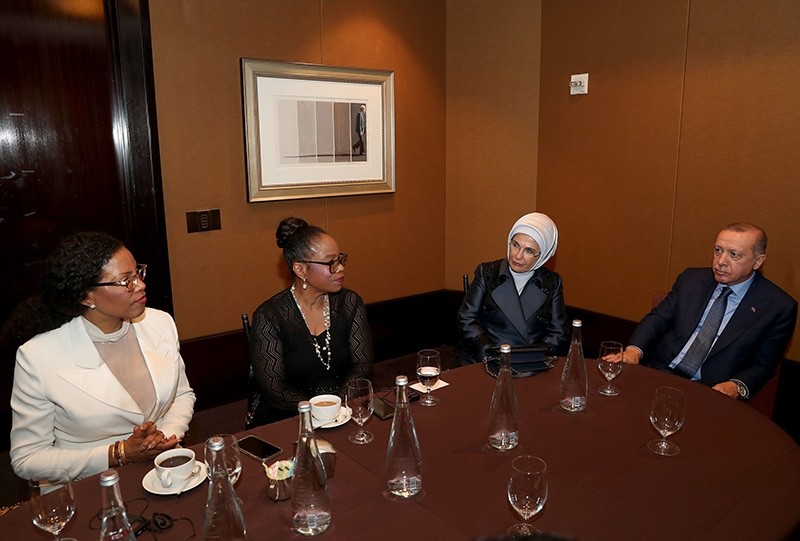 President Recep Tayyip Erdoğan, in New York for the 73rd General Assembly of the United Nations, met with the daughters of Malcolm X, Qabilah and Ilyasah Shabazz, who are prominent voices in the fight against racism.

President Erdoğan gifted the women a signed memorial book entitled "The world is more than five."