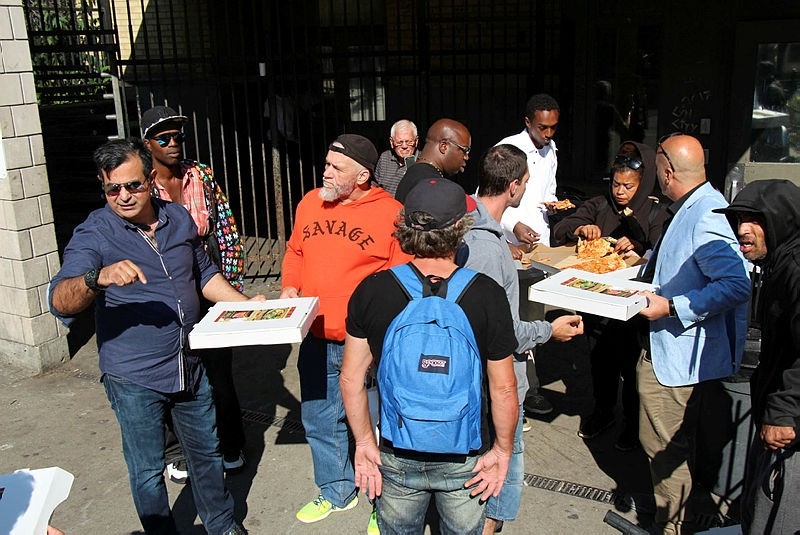 The Turkish owner of a popular Italian pizza joint in Toronto, Canada gave out complimentary pizzas and Turkish coffee to the homeless and needy in his neighborhood to mark the Muslim holiday of Aşure.

Already known for charitable work, owner Zeynel Arı served Neapolitan pizzas made in a wood-burning oven, the Turkish fried dessert called "lokma" and Turkish coffee to a nearby homeless shelter.

"My intention now is to give to those in need, to make them happy. I wanted to make the homeless people happy with pizza on the Day of Aşure," he said, adding that he hopes to introduce people to the "riches" of the Turkish culture.

Earlier this year, Arı visited his hometown Tunceli to make pizza for hundreds of orphans living in the city. He organized a series of lunch events with local governors, orphanages and various charity organizations.

"I think we should do something for our community. I'm trying to be a good citizen and a good person," Arı said.

In 2016, he also served pizza to more than 200 people in the Toronto area and hopes to increase that number this year.

"I've achieved my goals as a business owner... I believe I owe it to the Canadian and to my people. That's why I'm giving back," he said.

Arı immigrated to Canada from Turkey in 2000 for potential employment opportunities and has since received citizenship.