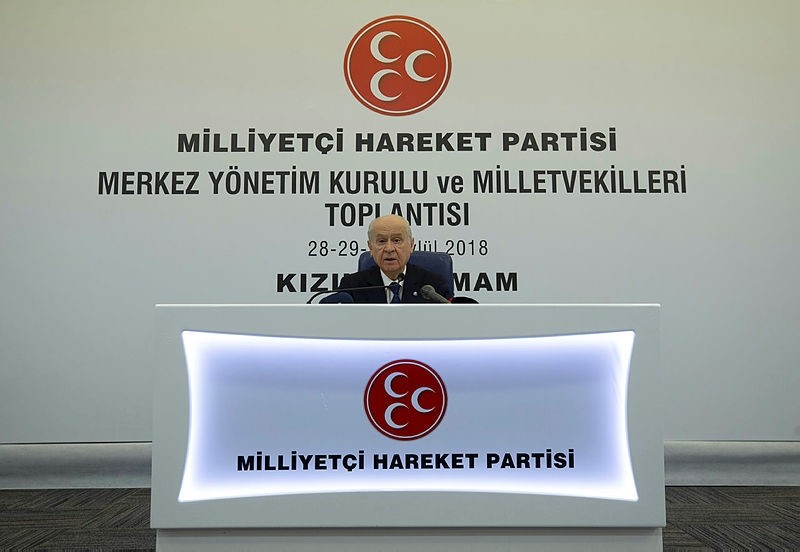 Speaking to reporters after his party's three-day retreat in the capital Ankara, Devlet Bahçeli said: "If both the new economic program and other measures taken by the government are implemented permanently, determinedly, and comprehensively, improvement […] will not be far away."

On Sept. 20, the government unveiled its new economic program, based on three fundamental pillars: stabilization, discipline, and transformation.

Announcing the program, Albayrak said the country will activate a comprehensive set of economic policies.

Bahçeli also stressed that Turkey's new presidential system complying with the legislation is "essential" in order to thwart "so-called allies encouraging terrorist groups and playing with borders in front of virtual maps."

On his party's push for an amnesty law, Bahçeli said that the proposal is independent of the MHP's People's Alliance with the ruling Justice and Development (AK) Party.

"The alliance is one thing and our [amnesty] proposal is another," he said.

In a bill submitted on Monday, the MHP proposed a one-off conditional five-year sentence reduction for certain classes of crimes committed before this May 19.

"This alliance will continue," the MHP leader added. "It will be a permanent message to both friends and enemies."

The alliance between the AK Party and the MHP was formed this February ahead of the June general elections and continues in some forms between the two parties.