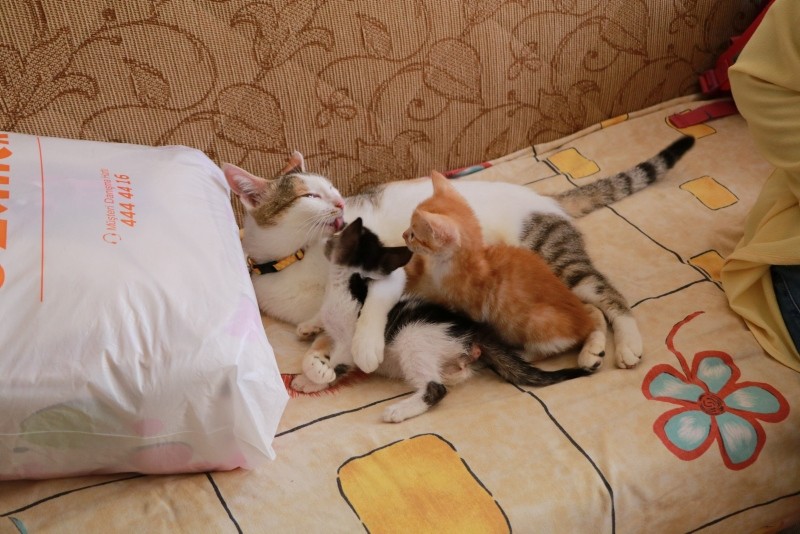 Five Turkish women have teamed up to turn an apartment flat into a shelter for orphaned stray kittens in the Black Sea province of Rize.

Separating the felines into different rooms based on their ages, the women even arranged a "wet-nurse" for the kittens still suckling.

Also serving as a recovery center for cats treated in various clinics, the four-room flat hosts cats with special needs and disabilities as well.

"We said there is strength in numbers as we decided to come together," said Behice Yasemin Tuzcu, head of a local animal rights organization.

"We take kittens without mothers and try to raise them up in here," she said, adding that they currently have some 40 orphaned kittens in the apartment.

"We have our girl Nar (Pomegranate in Turkish) in here. She was crippled when she arrived two months ago and she had several kittens of her own. But she kept feeding others; she fed nearly 50 other kittens," Tuzcu said.

Tuzcu said that after the kittens grow up in a healthy state, the women try to get them adopted by loving families or they release them into suitable areas.

Hoping to move into a house with a yard, Tuzcu said they relied on donations to cover the costs of the flat.

"This is a fifth-floor flat in central Rize. While the rent is not too high, it is still something. The cats also have considerable needs such as food, medicine, treatment," she said.

Explaining that most of the orphaned kittens were already sick when they arrived at the apartment due to malnutrition, Tuzcu said the treatment costs quickly added up.

"We hope for donations from animal lovers," she said.