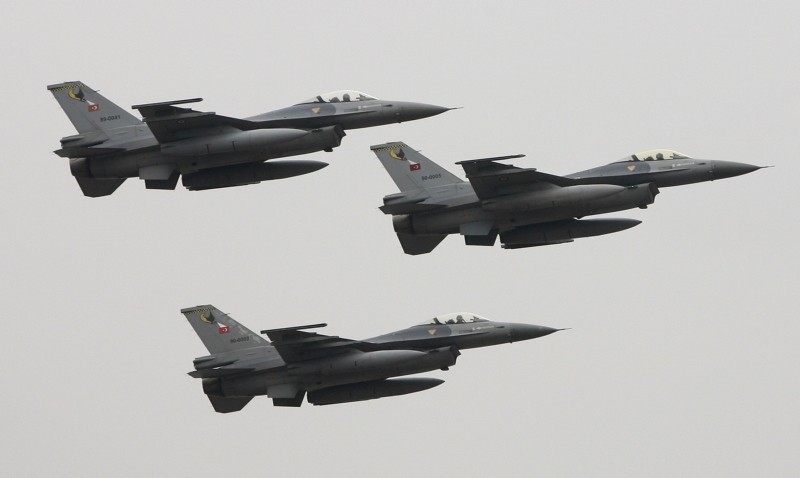 Turkish and Pakistani air forces held a joint exercise at an undisclosed operation base in Pakistan, an official statement by Pakistan Air Force said Wednesday.

Pakistan Air Force's (PAF) Air Chief Marshal Mujahid Anwar Khan also took part in the ongoing exercise at the base, the statement by the PAF said.

Khan flew an exercise training mission in a fighter aircraft, it said.

Interacting with the combat crew of both the air forces, he congratulated the participants for the smooth, professional and successful conduct of the exercise.

He further said that both countries' air forces have a long history of enviable cordial relations. The ongoing exercise, he noted, would certainly help both the air forces to learn from each other's experiences.

The ongoing exercise is part of strong bilateral ties that Ankara and Islamabad have developed in recent years, especially in defense and security fields.

Pakistan is set to receive 30 T129 Advanced Attack and Tactical Reconnaissance Helicopters (ATAK) from Turkey under a deal finalized in July this year.

The Turkish-made helicopters -- a new generation, tandem, two-seat, twin-engine -- specifically designed for attack and reconnaissance will be delivered gradually in five years.

In July this year, Ankara won a multibillion-dollar tender to supply four corvettes to the Pakistani Navy -- a deal dubbed as the highest export for Turkey's defense industry in the history by the then Defense Minister Nurettin Canikli.

In May 2017, Turkish and Pakistani defense companies had struck a deal for construction of four Turkish Ada class MILGEM (National Ship) corvettes.

According to the agreement, two ships will be built in Istanbul, while two others in Karachi.

The first pair of the corvettes will join the inventory of the Pakistan Naval Forces in 2023, while the remaining two will be handed over in 2024.

Turkey had also gifted 34 T-37 trainer aircraft and spares to Pakistan in 2015.