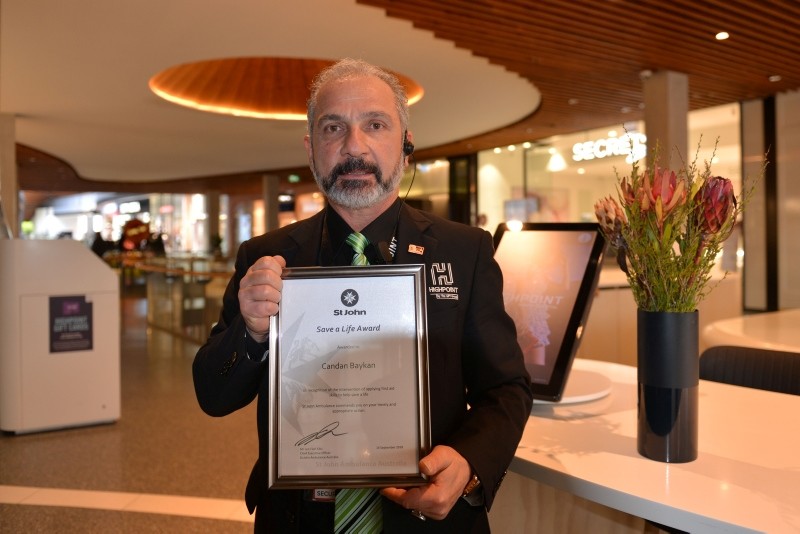 A Turkish-Australian man has been honored for saving the life of a 17-year-old boy.

Candan Baykan, 52, a security guard at a Melbourne mall, was presented the St. John's Ambulance Save a Life Award in Sydney on Saturday.

The award was given to Baykan after he gave CPR to Jaidyn Calleja for around seven minutes after the teen collapsed due to a peanut allergy.

Baykan, who has lived in Australia for 23 years, told Anadolu Agency that it was a "pleasure" to see the young man open his eyes again.

Baykan said that although he had taken first aid training, saving Calleja's life was the first time he performed CPR.

The annual award of St. John Ambulance, a first aid service, training and equipment provider in Australia, is given to "honor nominated individuals who have displayed enormous courage, and exceptional judgment in assisting another human being with an emphasis on delivering critical first aid," according to its website.