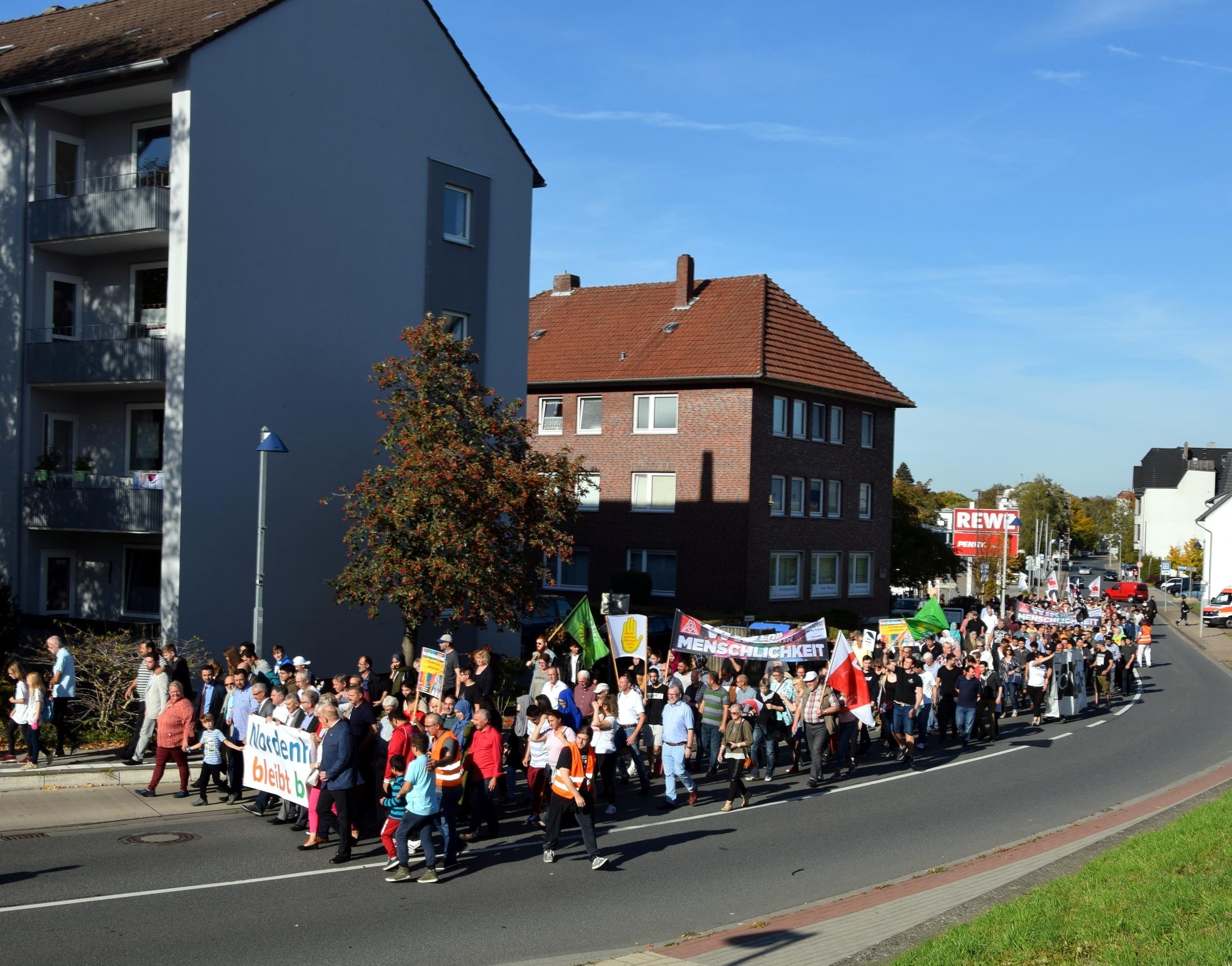 A series of attacks on mosques and businesses run by Germans of Turkish origin were condemned in a protest rally held in the northern town of Nordenham over the weekend.

Last month the Selimiye Mosque in the town was attacked by unknown assailants who wrote xenophobic slogans on the walls on the house of worship and left pork meat there, the consumption of which is banned in Islam.

The rally, organized by Nordendam municipal assembly members Nils Humboldt and Mario Kauschmann, together with the regional representative of the German Trade Union Confederation, Mustafa Doğan, was attended by around 2,000 people, including Nordenham Mayor Carsten Seyfarth and representatives from the regional church and Muslim groups.

The protesters condemned the attacks, chanting slogans that supported the region as a multicultural area that rejected racism and racists. The federal MP from the Social Democrat Party (SPD), Karin Logemann, in her address at Markplatz where the protesters gathered after their march, commended the region's people for their unity and cooperation against xenophobia, adding, "I hate people who think they are better than others. We should never retreat against racism."

The Turkish-Islamic Union for Religious Affairs' (DİTİB) head for Lower Saxony and Bremen, Mehmet Karabacak, other spoke at the rally, arguing that Turks who first came to Germany for economic reasons 57 years ago were now integrated into the rest of the society. "We have reached our fourth generation in Nordenham. We have two mosques in the town. We are holding festivals and other gatherings for the past 30 years to overcome bias and prejudice. We, who try to form bridges between societies, want to live in peace."

He censured politicians who started debates over whether Islam was part of Germany or not. "Islam and Muslims belong to Germany and are part of the larger society," said Karabacak, calling on all who gathered to send a sign to the rest of the country that Nordenham welcomes multiculturalism.