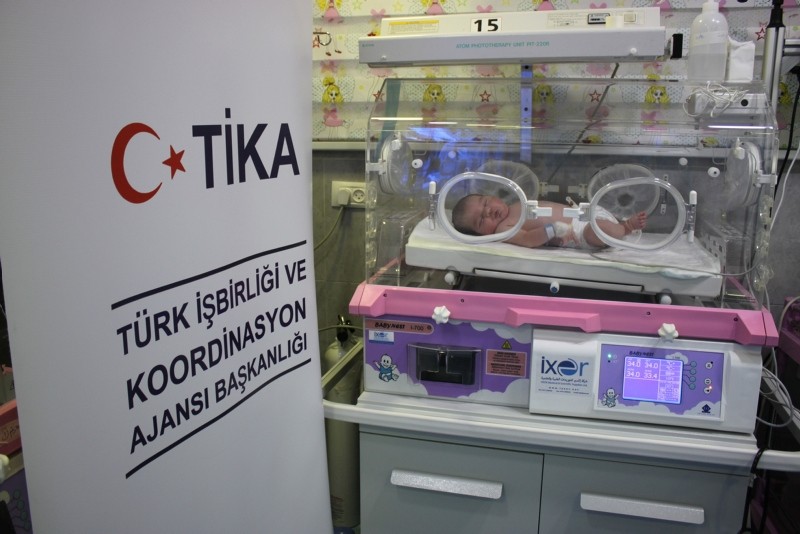 TIKA said it acted in response to the overly high infant mortality rate in Jenin province, located in the occupied West Bank, with one in 18 infants dying before reaching the age of 1.

Hoping to improve the mortality rate, the aid agency donated the incubators – devices that maintain a suitable environment for newborns – to Al Razi Hospital, which serves approximately 250,000 patients a year.

According to TIKA, the additional incubators have increased the newborn unit's capacity by 40 percent, which will potentially have a huge impact on treatment.

The agency, which prioritizes maternal and child health, said that the high mortality rate is generally due to lack of resources and medical attention.

TIKA, which is at the forefront of efforts to help Palestine, first opened an office in the Palestinian territories in 2005 and has since run 332 projects in the occupied West Bank, 81 in East Jerusalem and 130 in the Gaza Strip. The humanitarian projects range from education and health services to water supplies and standard food packages for needy families, as well as restoration of historic sites.

The Palestinian-Turkish Friendship Hospital, a TIKA project in Gaza which cost about $62 million, is expected to open in coming months, and is touted to be the largest and most modern hospital in the Palestinian territories.