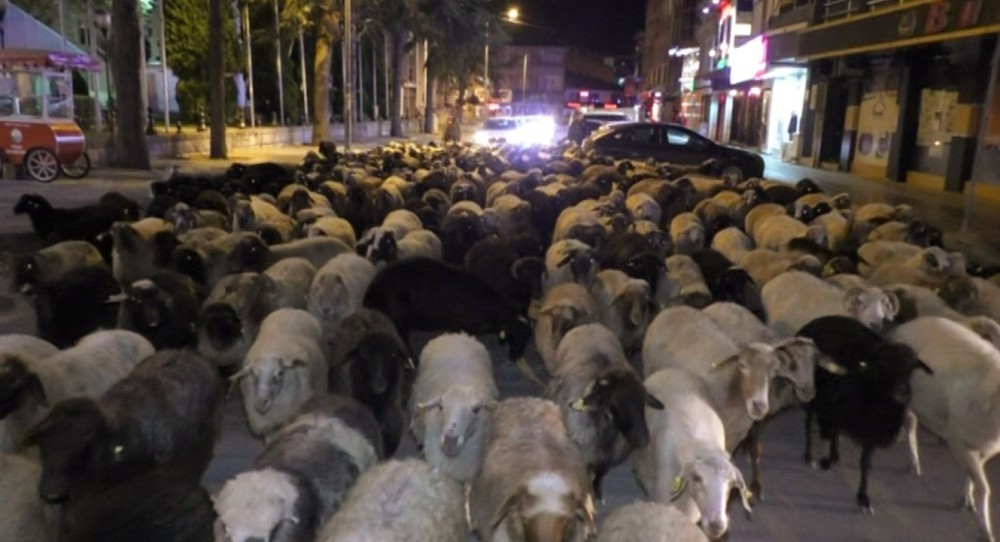 A huge flock of 250 sheep caused both surprise and traffic when they passed through the center of Tokat, a city situated in the northern Black Sea region.

Shepherd Murat Altuntaş told the İhlas news agency he usually takes his flock to the cooler plateaus in spring to protect the animals from the summer heat and took them back to his village in autumn.

Altuntaş, who couldn't understand what the whole fuss was about, said he and his flock departed from the Akyurt village plateau at first light and was on his way to the village of Pazar.

Altuntaş passed through Tokat's city center at night but still caused significant traffic in the area. For some, however, this was a rather enjoyable traffic jam as many drivers just stopped and watched the unusual occurrence.