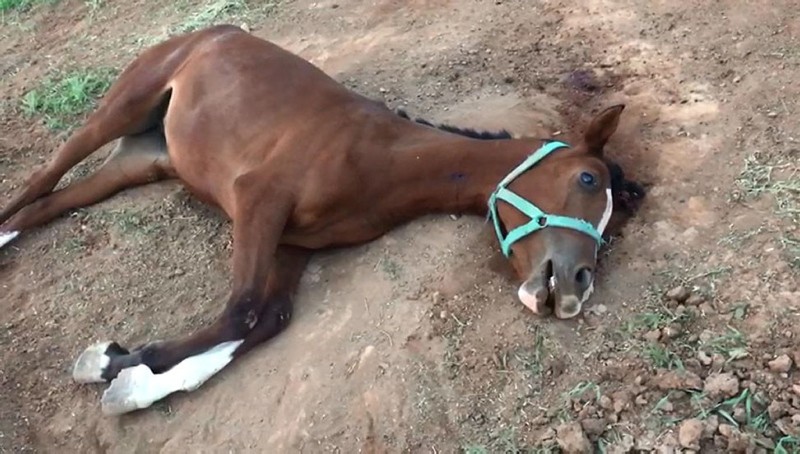 Fifteen racehorses have died in the past month in the southern province of Şanlıurfa, one of the most important centers of horse breeding in Turkey, due to the 'West Nile virus,' officials said Wednesday.

Yakup Elgaç, head of the Şanlurfa branch of the Turkish Race Horse Breeding and Owners Association (TYAYSD), said in a press conference that there had recently been a significant increase in the deaths of racehorses in the city center and Suruç province.

Stating that 15 horses had died in the province in the past month, Elgaç said the deaths were worrying and unsettling, and according to initial examinations the animals had died from the West Nile virus.

Elgaç also said that the definitive cause of death will be established once blood samples are analyzed in Ankara.

"We are closely following the deaths. We have also reported these incidents to the relevant institutions. In order to prevent deaths, we ask our members who own horses to contact us. We expect to take the necessary measures to put an end to these deaths," he said.

The owners of the horses urged authorities to take action to prevent further deaths.

First discovered in Uganda in 1937, the virus is carried by birds and spread to humans by mosquitoes. It is indigenous to Africa, Asia, Europe and Australia.

The virus is transmitted to people through mosquito bites. Experimental studies have shown that horses are dead-end hosts for the virus. The disease is usually preventable by yearly vaccinations in horses, but there is no specific treatment for humans.

The virus can cause symptoms similar to those of the flu, but in extreme cases, it can result in tremors, fever, comas and a lethal swelling of the brain tissue known as encephalitis. It can also cause meningitis. Gait and behavioral abnormalities are usually observed in horses.

Once a horse exhibits symptoms of the infection, treatment is not 100 percent effective in many cases, and can cause permanent disability or death.