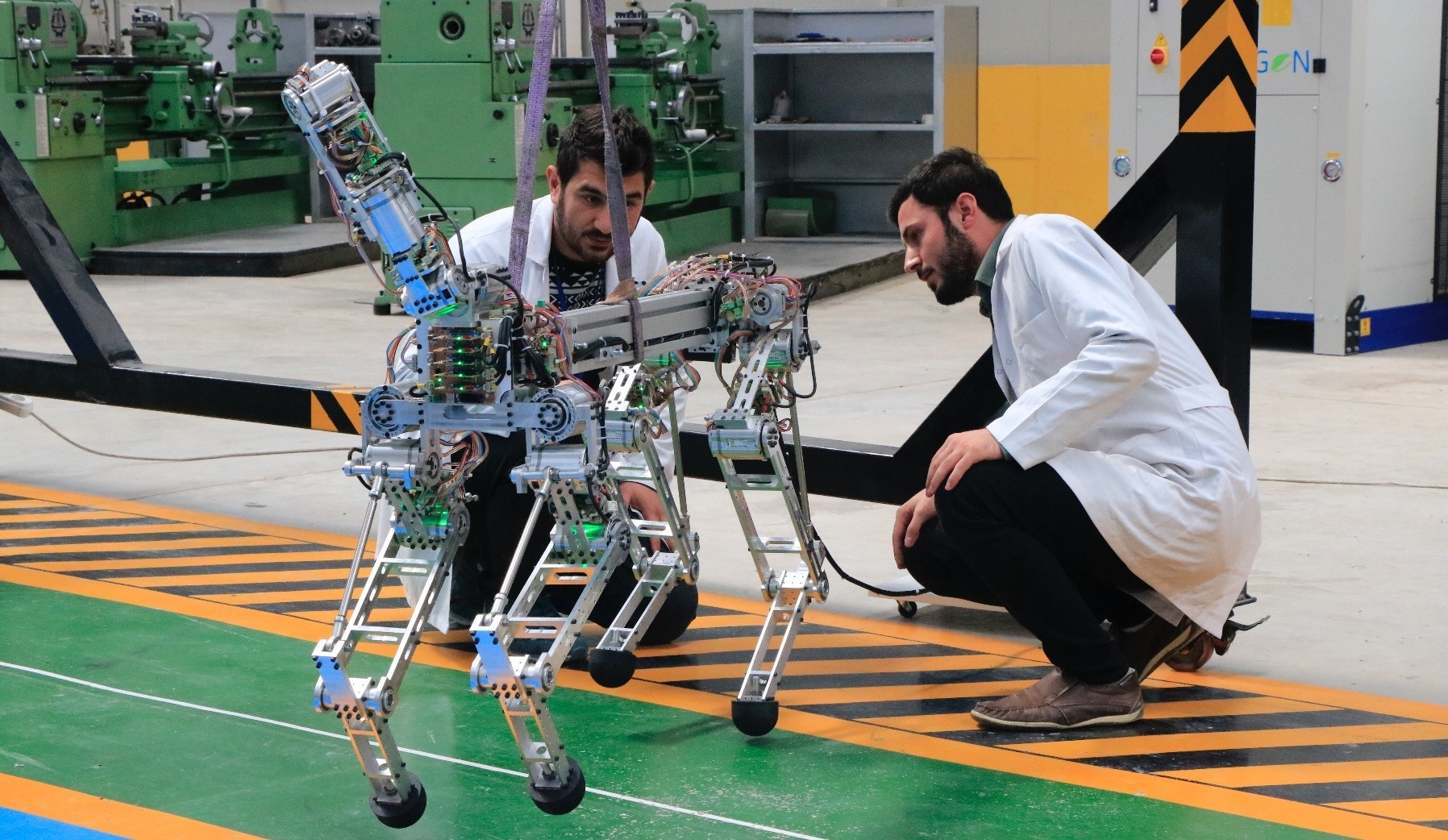 ARAT, a robot horse developed by a company from central Turkey's Konya, joins the growing list of Turkish products that seek to curb imports in favor of what the government calls the "local and national" industry initiative.

The robot will be used in the transportation of goods and people as well as search and rescue work in rough terrain. Comprised of 12 joints, its parts, artificial intelligence (AI) and image-processing software were entirely made in Turkey by Turkish engineers.

The robot's deep learning system enables it to recognize people, interpret the learned data and analyze age and gender. Speaking to Anadolu Agency (AA), Özgür Akın, CEO of Akınsoft that produces the robot called ARAT, which is still a prototype, is capable of undertaking challenging tasks.

The company, which started out as a commercial software firm, delved into robotics recently. Last year it embarked on the mass production of fully local humanoids to cater to the service sector last year.

"We are developing software for robots to control their speed and momentum. The software helps [ARAT] to interpret data it receives through its sensors," Akın said.

"It is primarily what we call a terrain robot and is compatible with any type of terrain. It can carry loads and be used in search and rescue operations. The robot's AI allows it to recognize surroundings and send data to a control center. More hardware and sensors can be installed and ARAT can be used in the mapping of terrain, to find missing objects in inaccessible terrain and scanning for metals. It uses a lithium-ion battery for a long life. We are also considering solar panels to prolong its outdoor working hours," he said.

ARAT's camera enables it to perceive depth, find the direction of a sound and follow its source or avoid obstacles it might face and devise strategies to overcome the obstacles.