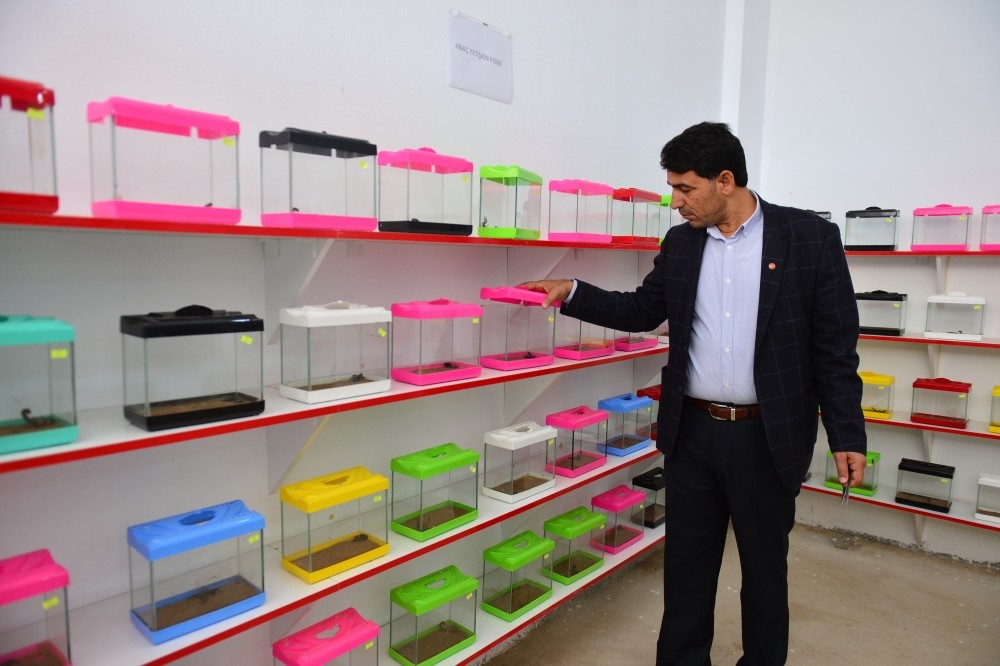 Ali Yılmaz, a native of Şanlıurfa in southeastern Turkey, is among the few scorpion breeders in the country.

In the basement of his house, Yılmaz raises some 500 scorpions and sell them for anti-venom production.

The 48-year-old launched the business three years ago in a village in Şanlıurfa, where scorpions are endemic to.

Speaking to Anadolu Agency, he said his interest in scorpions dates back to his childhood when he would catch and play them.

The Black scorpions (Androctonus Crassicauda) he breeds were worth only TL 150 ($27.26) when he first launched his primitive facility.

"I was doing a research on the scorpions in this region and I decided to make some money on the side. I sought grants from public and private companies. A group of businesswomen helping entrepreneurs gave me a helping hand," Yılmaz said, crediting Emine Sabancı, a member of the prominent Sabancı business dynasty, for helping him expand his business.

Yılmaz uses his bare hands to feed the scorpions with a special type of flour. Once they have grown enough, he sends them to a factory in the western Turkish city of Eskişehir.

The scorpions are milked there to produce anti-venom.

"Such farms only exist in Turkey, Mexico and Brazil," he said.

The entrepreneur is now looking to further expand his business after he learned that scorpion shells may be resistant to radiation.

"This is a potential we can tap into. Scorpions were the only animals not affected by the [World War II] atomic bombings in Japan. I am studying what I can do with their shells," he said.