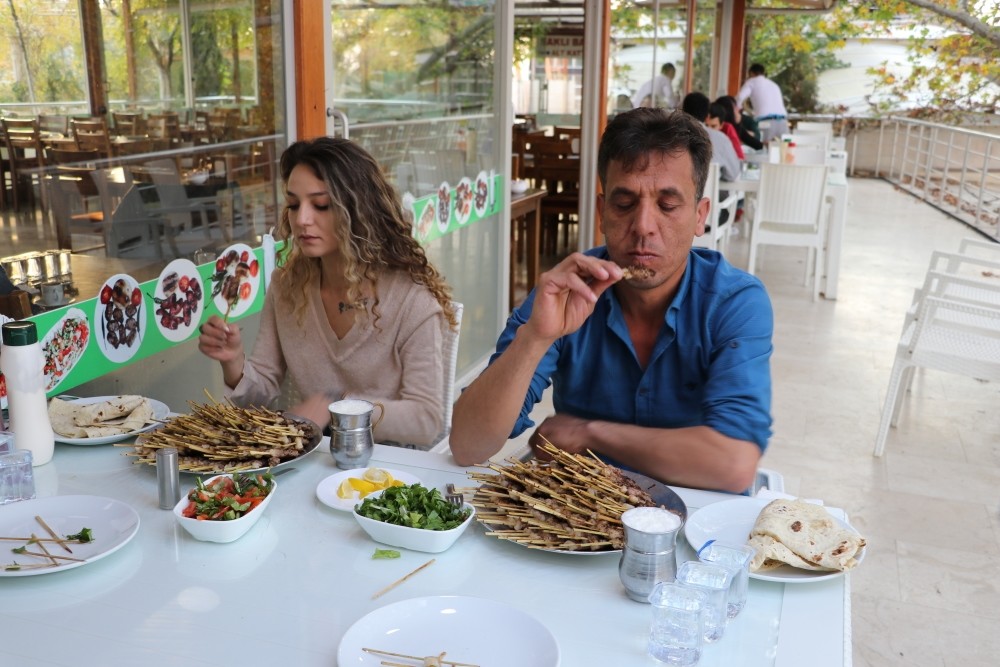 A man in the Aegean province of Denizli won a contest held by a shish kebab restaurant by eating the meat pieces on 320 individual skewers, in addition to consuming drinks, salads and bread. The restaurant's manager, Mehmet Kaya, said he has been holding these contests to promote his business, while the winner, laborer Muhammed Oğuzalp (R), won all the food, cutlery, dishes and white goods he will need for his upcoming wedding.

Kaya said both a female and male champion were crowned in previous contests. Mihriban Kasap, 21, was the women's champion, eating 291 shish kebabs in 30 minutes, rivaling Oğuzalp's 306 in 46 minutes during his first run for the men's title. He said he had decided to hold a battle of the sexes by bringing Oğuzalp and Kasap together with the two contestants given 320 skewers, three bottles of the classic yogurt drink ayran, two plates of salad and three lavash breads.

Kasap gave up after eating 240 skewers, but Oğuzalp fought on, eating all 320 skewers of meat in 48 minutes. Kaya said Oğuzalp ate 3.2 kilograms of meat during the contest and if all the other side dishes are added, the amount of food was close to 4.5 kilograms.

Kaya said contestants came from across the country to participate.

Oğuzalp, speaking after the ordeal, said he was fine. "Eating more than 3 kilograms of meat in one sitting is not easy. The secret is swallowing. You must start slowly and then pick up speed." He also said that he would soon get married.

Hundreds throughout Turkey watched the contest live on social media.