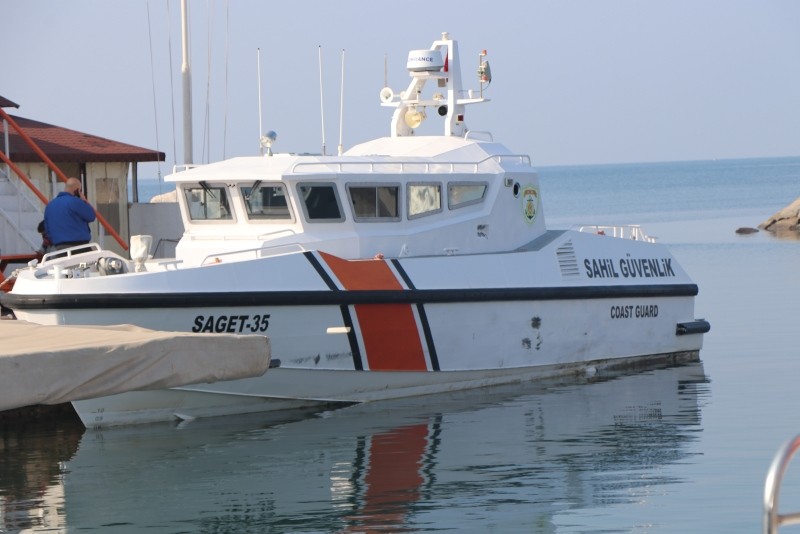 Sources, who spoke on condition of anonymity due to restrictions on talking to the media, said the dead bodies of five irregular migrants, including three children, were recovered from the sea while three others were rescued.

The sources added that operations are ongoing to find the missing five migrants.

Dikili district governor Alper Faruk Güngör told Anadolu Agency that the rescued migrants are not at risk of death.

Two migrants swam to shore not far from the coastal town of Dikili in Izmir province after their boat sank and alerted authorities saying that they had 13 other people on the boat. The group included 14 Afghan nationals and one Iranian.

A search and rescue operation was launched by the Turkish Coast Guard in the area.

Dikili is on the opposite coast of the Greek island of Lesbos and the area is being used frequently by migrants.

Turkey hosts more than three million Syrian refugees and up to 300,000 Iraqis.

The migrants were trying to reach Europe, it added. The Kırklareli province is on the border with Bulgaria.

Turkey has been a main transition route for migrants trying to get to Europe, especially since the start of the Syrian conflict in 2011.

The number of migrants coming to Europe has declined since the influx hit a peak in 2015 when more than a million people landed in Greece from Turkey, mainly via boats.

Turkey and the European Union reached a deal in 2016 to stem the flow of migrants, with Ankara agreeing to take back migrants landing on Greek islands in exchange for incentives including financial aid.