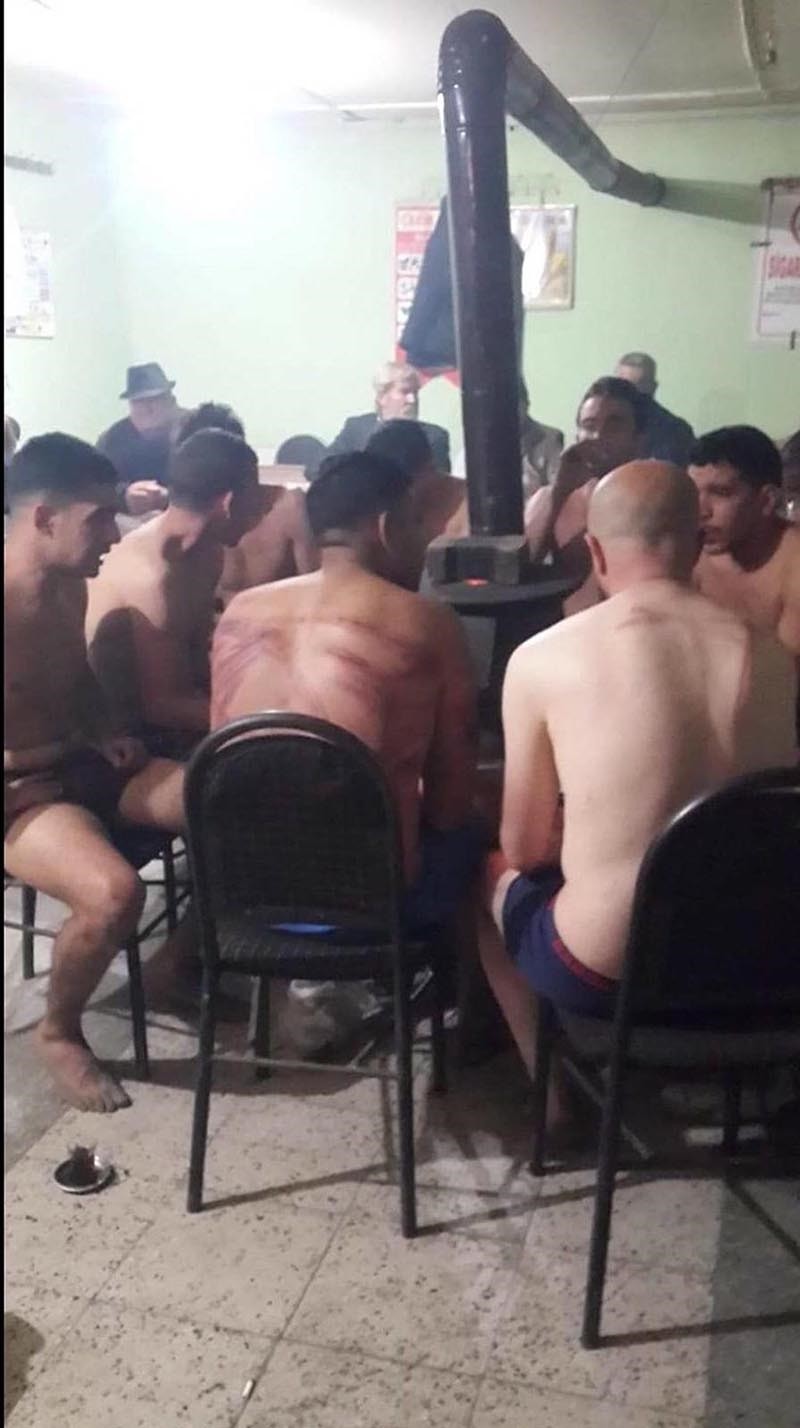 A group of migrants was discovered by villagers in Turkey's northwestern Edirne province in a run-down and naked state, saying that they were beaten up and stripped of their clothes and belongings by the Greek police.

The migrants including Yemeni and Palestinian nationals were found late Monday while walking in open fields by locals of Kiremitçi Salih village in Uzunköprü district on the eastern bank of the Maritsa River forming the border between Turkey and Greece.

The villagers brought the migrants to the village's coffeehouse, provided them with clothes and notified local gendarmerie units.

Village headman Zeki Ateş told the Demirören News Agency that all migrants had visible signs of battery on their backs and all over their bodies.

"When we asked them what happened, they told us that the Greek police beat them up," Ateş said.

He said that the migrants were taken away by gendarmerie units.

The incident was the latest string of events involving migrants and Greek and Bulgarian soldiers and police officers, who have been accused of "pushing back" migrants on the border.

Similar incidents have also taken place on the Aegean, in which migrants and Turkish locals accused the Greek coast guard of deflating the boats or re-routing them back to Turkish territorial waters.

"Pushback" is an illegal practice under international conventions, and Greece has never acknowledged whether its security forces were involved in pushing back the migrants or not. Turkish media outlets say Greece pushed back some 4,000 illegal immigrants last year.

Based on the accounts of the illegally deported migrants, Greek police officers are also accused of confiscating migrants' valuable possessions and torturing them.